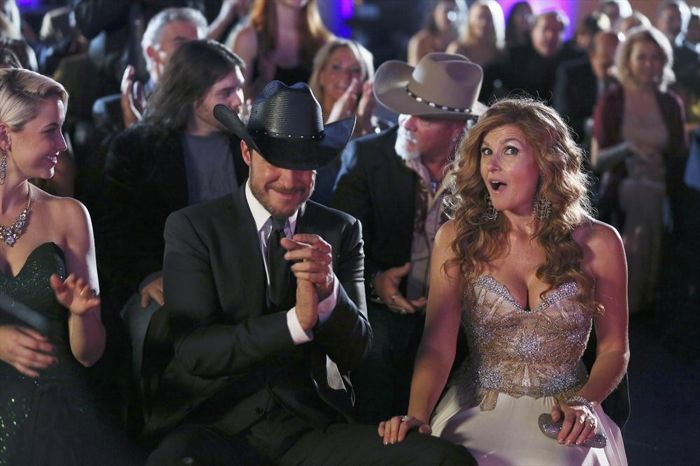 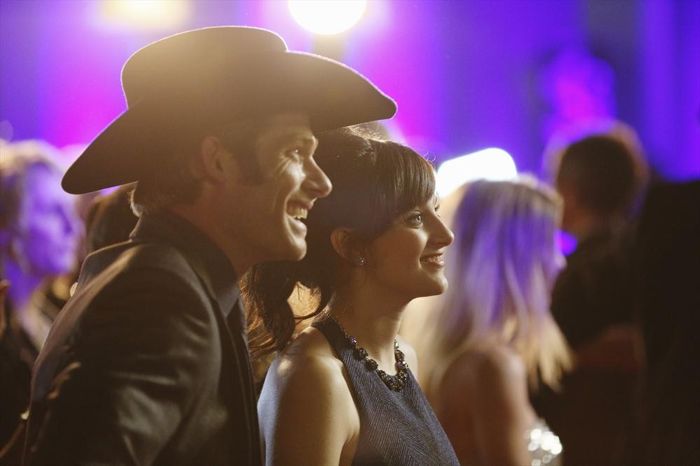 NASHVILLE – “You’re Lookin’ At Country” – It’s country music’s biggest night of the year at the 48th Annual CMA Awards in Nashville. Up for a total of 11 awards between them, Rayna and Luke’s evening begins with an unfortunate hitch when Rayna stumbles upon Luke’s pre-nuptial agreement documents, causing for some friction between them. Later, Avery’s parents are in town for the show as Avery is nominated for a CMA Award. What should be a lovely reunion takes a turn when Avery introduces them to Juliette. Meanwhile, Gunnar and Zoey’s relationship is tested and Deacon and Scarlett watch the awards from home, on “Nashville,” WEDNESDAY, NOVEMBER 19 (10:00-11:00 p.m., ET) on the ABC Television Network. (ABC/Mark Levine) CHRIS CARMACK, AUBREY PEEPLES