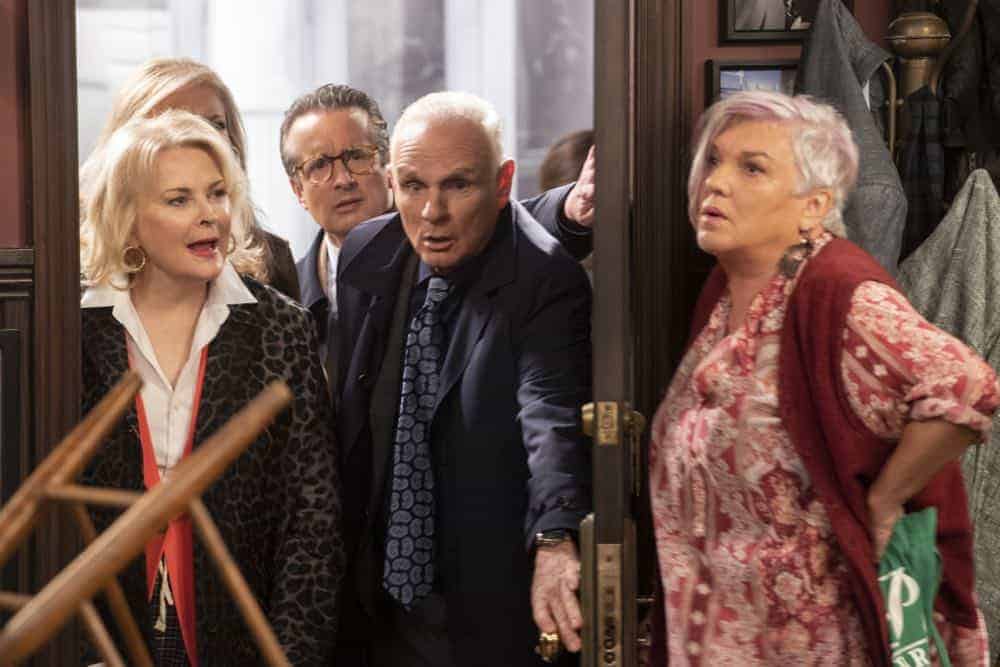 MURPHY BROWN Season 11 Episode 2 Photos I (Don’t) Heart Huckabee – “I (Don’t) Heart Huckabee” – After decades of being banned, Murphy and the team devise an elaborate ruse to sneak her into a White House press briefing. Also, Phyllis hires an enthusiastic college “Dreamer,” Miguel (Adan Rocha), to help out at the bar, on MURPHY BROWN, Thursday, Oct. 4 (9:30-10:00 PM, ET/PT) on the CBS Television Network.