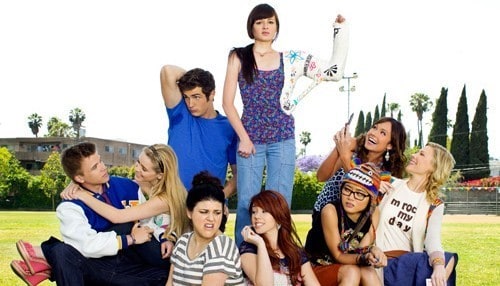 MTV announced today the pick-up of four new unscripted shows set to debut in 2014. Part of the new schedule includes two prime time weekly series with “Untitled Virgins Project,” a docu-series following the lives of young adults as they navigate the world of relationships and sexual pressures all while sharing one major thing in common: virginity; and “MTV’s House of Food” (working title) featuring young aspiring chefs living under one roof while competing in a variety of cooking competitions for a rare chance to win a career-launching apprenticeship.

Additionally, MTV green-lit two new afternoon series, “SNACKDOWN” (working title) from the beautifully twisted mind of Rob Dyrdek comes a new cooking competition show, challenging young cooks to unleash their imaginations on your standard “munchies fare” and elevate them to a fully baked art-form; and “The Ex and the Why” a 30-minute daytime strip where young adults who have unresolved issues from past relationships are given the chance to make amends.

In making the announcements, MTV President of Programming Susanne Daniels said, “We’ve got a pretty explosive line-up with this new slate of shows – virgins, food and exes – all part of the millennial palate.” She added, “I’m very proud of our team who really dug deep to unearth unchartered areas or unique twists on genres that will appeal to our audience.”

[box_info]Daniels also announced the Season 4 pick-up of MTV’s hit scripted series, “Awkward” with new show runners. Chris Alberghini and Mike Chessler ( “90210,” “Cashmere Mafia,” “Are You There, Chelsea?” and “Reba”) will now serve as Executive Producers of the popular scripted comedy. The second half of Season 3 of “Awkward” will premiere in October, with Season 4 running in 2014. The series was created by Lauren Iungerich.[/box_info]