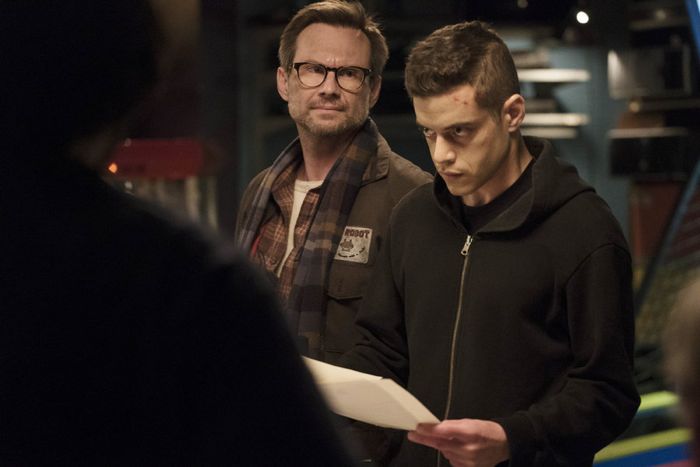 USA Network is offering fans a chance to test their skills in a MR. ROBOT-themed hacker village at the 2016 Tribeca Film Festival, presented by AT&T. Beginning Friday, April 15 – Sunday, April 17, festival attendees are invited into the realm of an fsociety hacker, immersing themselves in an experience inspired by the Golden Globe® award-winning series. HACKED by DEF CON and MR. ROBOT, will take place at the Festival Hub at Spring Studios and is designed by Tribeca Film Festival and DEF CON, the world’s biggest underground hacking conference.

Together with DEF CON founder, The Dark Tangent, also known as computer and internet security expert Jeff Moss, USA Network and Tribeca will invite festival-goers to explore and participate in hack-type scenarios with hands-on activations and challenges.

Complete elements of the HACKED by DEF CON and MR. ROBOT village (Spring Studios, 6 St. Johns Lane) include:
·         Lock Picking Village – The ability to pick locks can be a superpower in the right circumstance. Attendees will learn the basics, test out hardware and even pit newly acquired skills against other hackers.
·         Hardware Hacking – There’s more to machines than that instruction packet is willing to admit. With a few skills, amateurs can unlock the hidden potential of various gadgets.
·         Privacy – Time to turn the tables. Fans will be given the tools to protect ones digital identity, even in the age of near-ubiquitous surveillance.
·         Bio Hacking – The final technological frontier. Attendees will be challenged to take evolution into their own hands and discover ways to use technology for the greater good.
·         fsociety Recruitment Challenge – Visitors will prove whether they have the knowledge and skills to land amongst the ranks of fsociety, the fictitious hacker group depicted in MR. ROBOT.

The Festival will also bring together the stars and writers of MR. ROBOT for a panel discussion on “Living in a Post-Mr. Robot World.” During the one-hour Q&A on Sunday, April 17 at 1:00pm at the Festival Hub, Jeff Moss will moderate a discussion on security, privacy and the authenticity of the series’ portrayal of hacker culture.