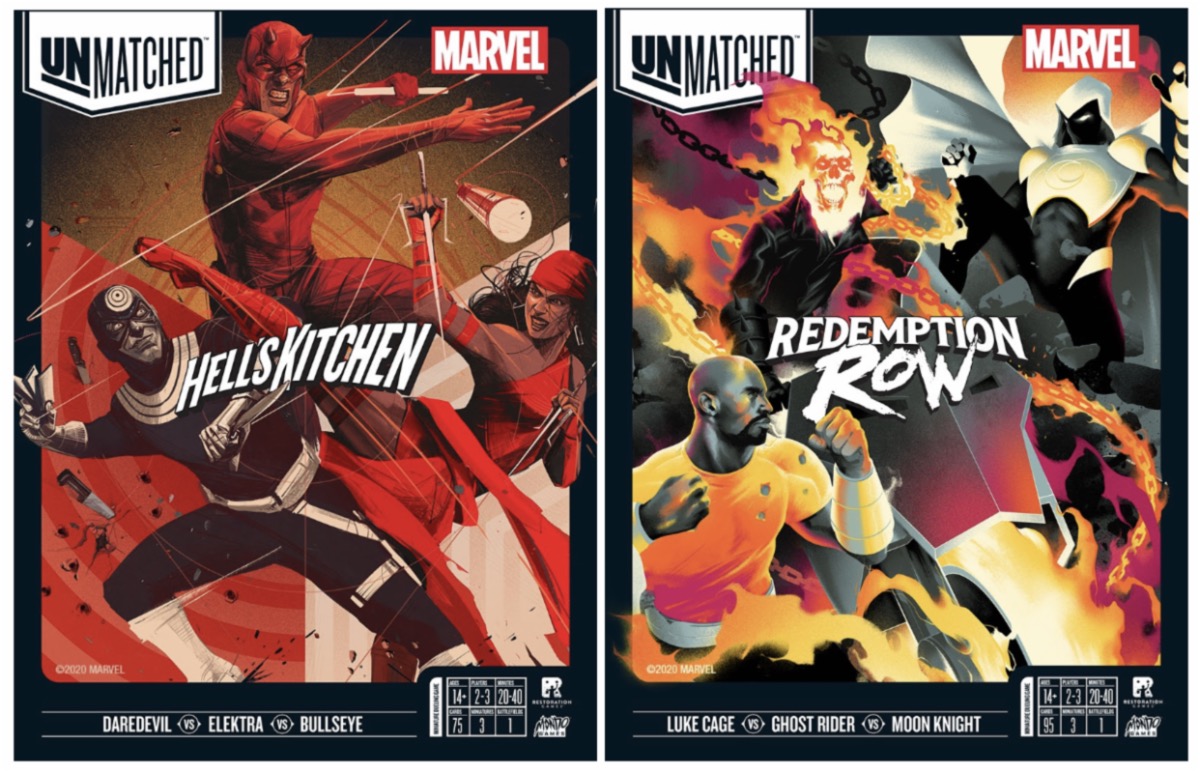 Mondo and Restoration Games have teamed up with Marvel to create several additions to their Unmatched line of miniatures dueling tabletop games planned for release beginning in summer of 2021. Four new sets have been announced:

Unmatched veteran artists Heather Vaughan, Oliver Barrett, and Ian O’Toole will be joined by Matt Taylor and Sanford Greene as the key illustrators for the line. The combined weight of their contributions to the worlds of gaming, comics, and entertainment is staggering; fans can expect each standalone title to be as visually impactful as they are mechanically sound.

“Unmatched is more than a fighting game,” explained Jayme Boucher, Director of Games at Mondo. “It’s an invitation to cast yourself as the hero in an epic story, something Marvel has absolutely no shortage of. The team’s unfettered love of these characters and stories has resulted in some of the most excitingly thematic character development in the series to date. We can’t wait to share it with fellow fans.”