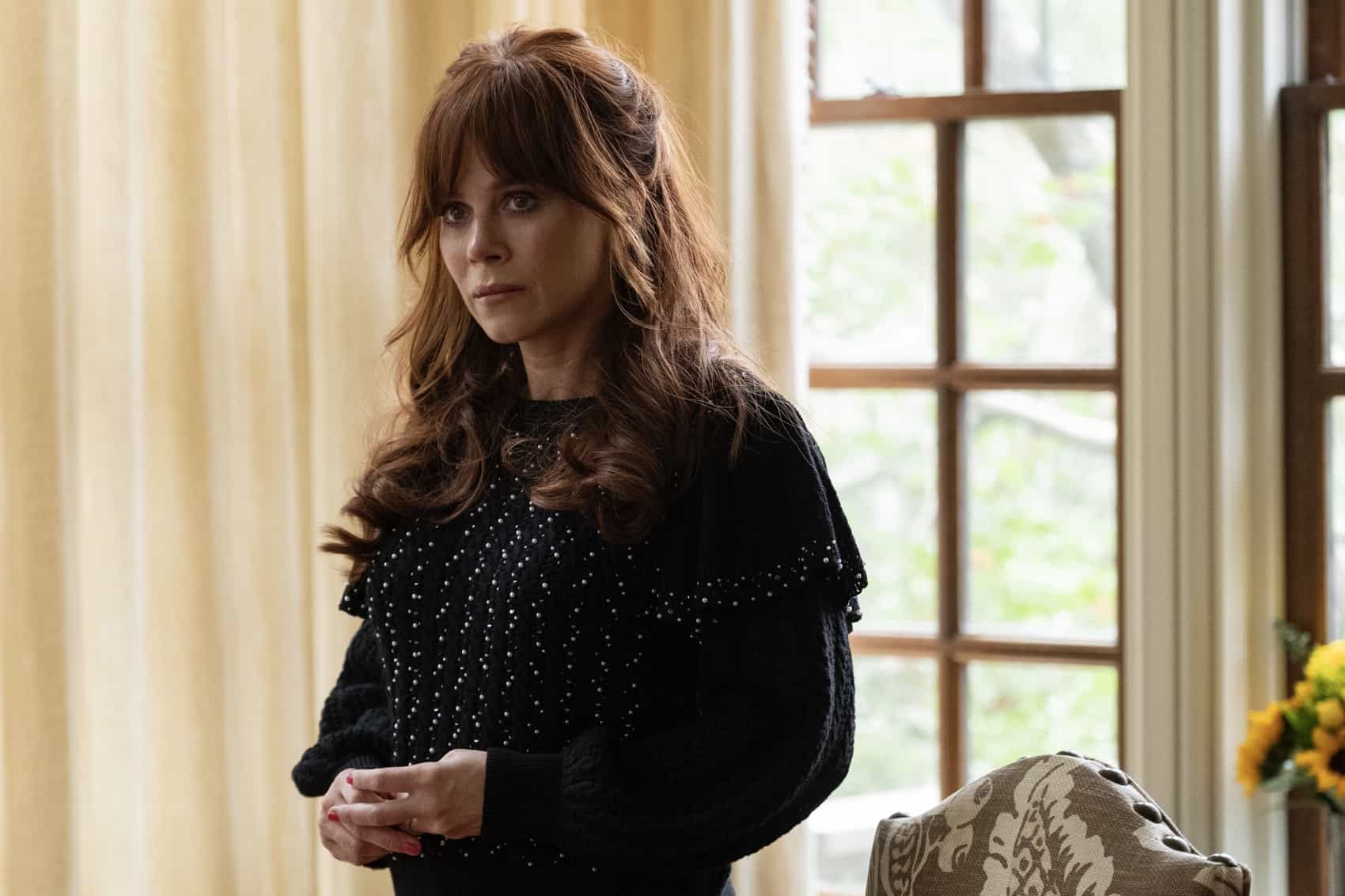 MONARCH Season 1 Episode 3 Photos Show Them What You Got, Baby – As Nicky prepares to perform at the “Queens of Country” concert, she learns of Clive’s (guest star Adam Croasdell) affair and is determined to turn the tables on him.

But even though the Roman name is synonymous with authenticity, the very foundation of their success is a lie. And when their reign as country royalty is put in jeopardy, heir to the crown NICOLETTE “NICKY” ROMAN (Golden Globe nominee Anna Friel, “Pushing Daisies”) will stop at nothing to protect her family’s legacy, while ensuring her own quest for stardom.

Middle child LUKE ROMAN (Joshua Sasse, “Galavant”) is the CEO of the family’s business, Monarch Entertainment. Luke is the apple of his mother’s eye, but he has a troubled relationship with his father, whose approval he can never get, no matter how hard he tries.  Youngest daughter GIGI TUCKER-ROMAN (singer/songwriter Beth Ditto, “On Becoming a God in Central Florida”) is very close to her older brother and sister, but in a family of superstars, Gigi has always felt like a bit of an outcast, in spite of her incredible singing voice.

Gigi is married to KAYLA ROMAN-TUCKER (Meagan Holder, “Dave,” “Pitch”), a successful music manager who keeps turning down Luke’s offers to join forces with the family company. Outside business, Kayla’s relationships with the Romans reflect a complicated history, and a secret she is keeping could destroy her marriage to Gigi.

ACE GRAYSON (Hollywood newcomer and Filipino recording artist Inigo Pascual) also is part of the family. He is a talented and sensitive 18-year-old who was adopted from an orphanage by Nicky and her husband, struggling British actor CLIVE GRAYSON (guest star Adam Croasdell, “Preacher,” “Reign”).

Ace is a phenomenal singer with real swagger on stage, and dreams of being a country star like his Grandpa Albie, but in spite of being part of a golden family, his path to success has some challenges.

And just when the Romans’ world couldn’t get more chaotic, enter CATT PHOENIX (Martha Higareda, “Into The Dark: Culture Shock”), the stunning and unpredictable mother of 17-year-old ANA PHOENIX (Emma Milani, “Solve”), a talented, wide-eyed young singer who is trying to get signed to the Roman family’s record label.

Catt harbors a deep-seated grudge against the Romans, Nicky in particular, and her presence creates quite a stir in Austin.

Jason Ensler (“The Passage”) directed the series premiere, on which he also serves as an executive producer.  The series will feature original music and covers.

MONARCH Season 1 Episode 3 Photos Show Them What You Got, Baby