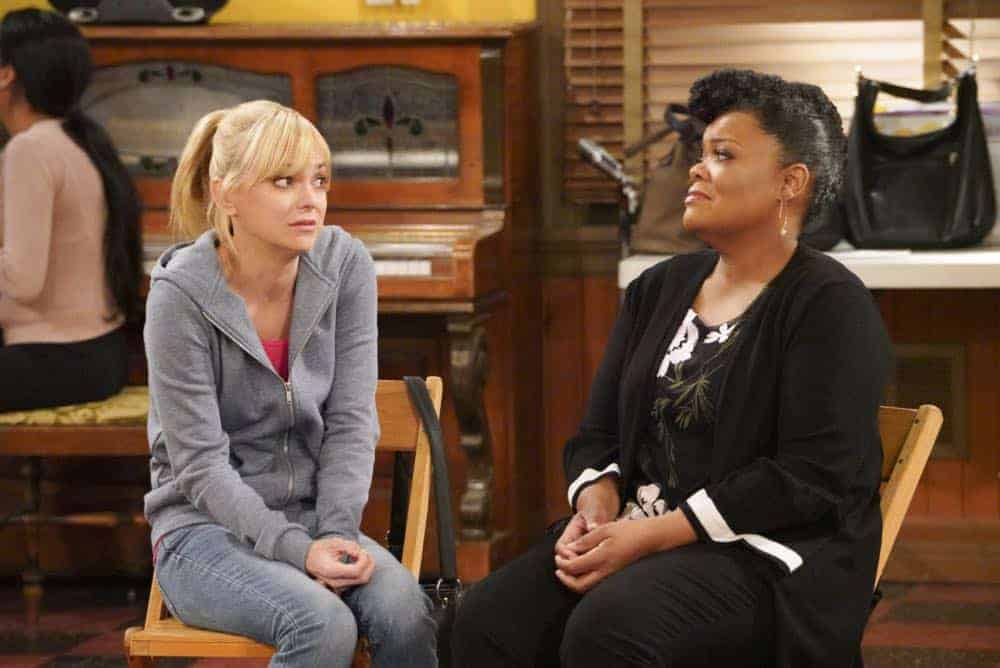 Mom – “Ocular Fluid and Fighting Robots” – Christy’s sponsor (Yvette Nicole Brown) challenges her to be nice to Bonnie at all costs, and Bonnie is convinced that Adam has stopped making an effort, on MOM, Thursday, May 3 (9:01-9:30 PM, ET/PT) on the CBS Television Network. MOM Season 5 Episode 20 Photos Ocular Fluid And Fighting Robots.