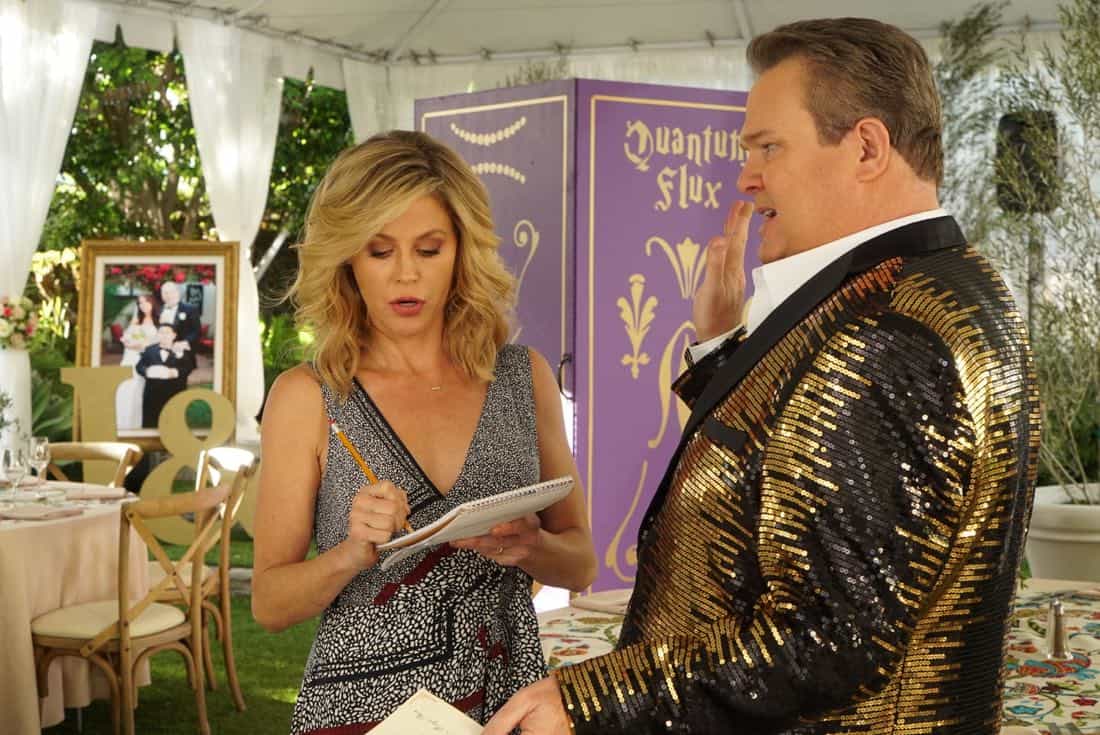 “Ten Years Later” – Claire is determined to make up for her less-than-joyful mood at Jay and Gloria’s wedding by throwing their tenth-anniversary party. As part of the festivities, Phil is going to perform a magic trick featuring Gloria appearing out of thin air in her wedding dress; that is if Gloria can still get into it! – on “Modern Family,” WEDNESDAY, NOV. 1 (9:00-9:31 p.m. EDT), on The ABC Television Network. MODERN FAMILY Season 9 Episode 6 Photos Ten Years Later

Guest starring in this episode is Shelley Long as DeDe Pritchett.

“Ten Years Later” was written by Danny Zuker and directed by Fred Savage.