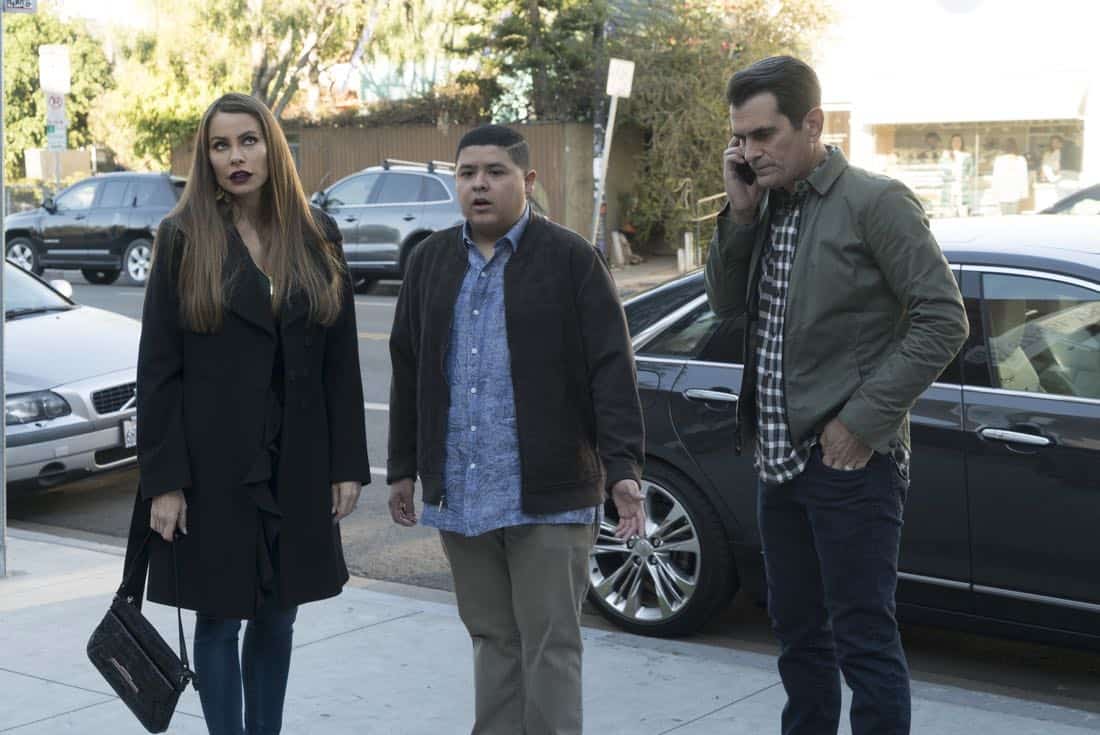 “In Your Head” – When Luke goes missing after a night out in a sketchy neighborhood, Manny, Phil and Gloria team up to track him down. Meanwhile, Haley is desperate to land an interview with the creator of a popular lifestyle website and interrupts Alex during one of her college classes. Alex’s professor, Arvin Fennerman (Chris Geere), then proceeds to try and give Haley a piece of his mind on “Modern Family,” WEDNESDAY, JAN. 17 (9:00-9:31 p.m. EST), on The ABC Television Network, streaming and on demand.  MODERN FAMILY Season 9 Episode 13 Photos In Your Head

“In Your Head” was written by Jack Burditt and directed by Steven Levitan.