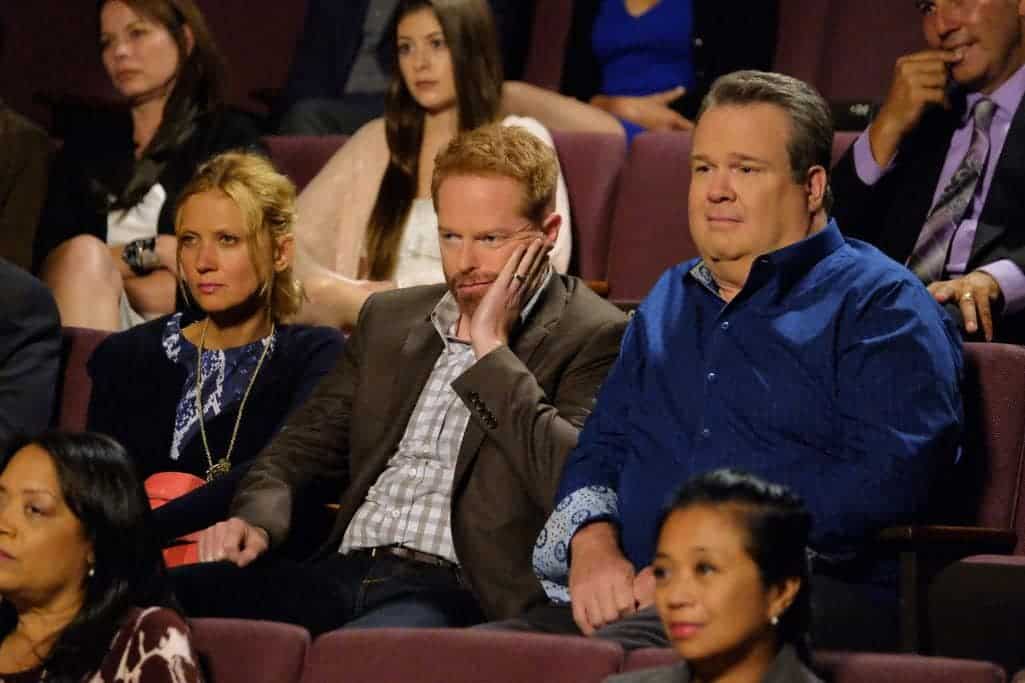 “Grab It” – Jay’s favorite place in the world, and only refuge, may be losing some of its charm when Phil considers becoming a member. At the Dunphy house, Claire mistakes her influence on Alex’s life choices, and Hayley cares too much about what Alex thinks about hers. Meanwhile, when Cam doesn’t give Mitchell the full story on what his play is really about, it really puts Mitchell in the spotlight, on “Modern Family,” airing Wednesday, November 9 (9:00-9:31 p.m. EST), on the ABC Television Network.