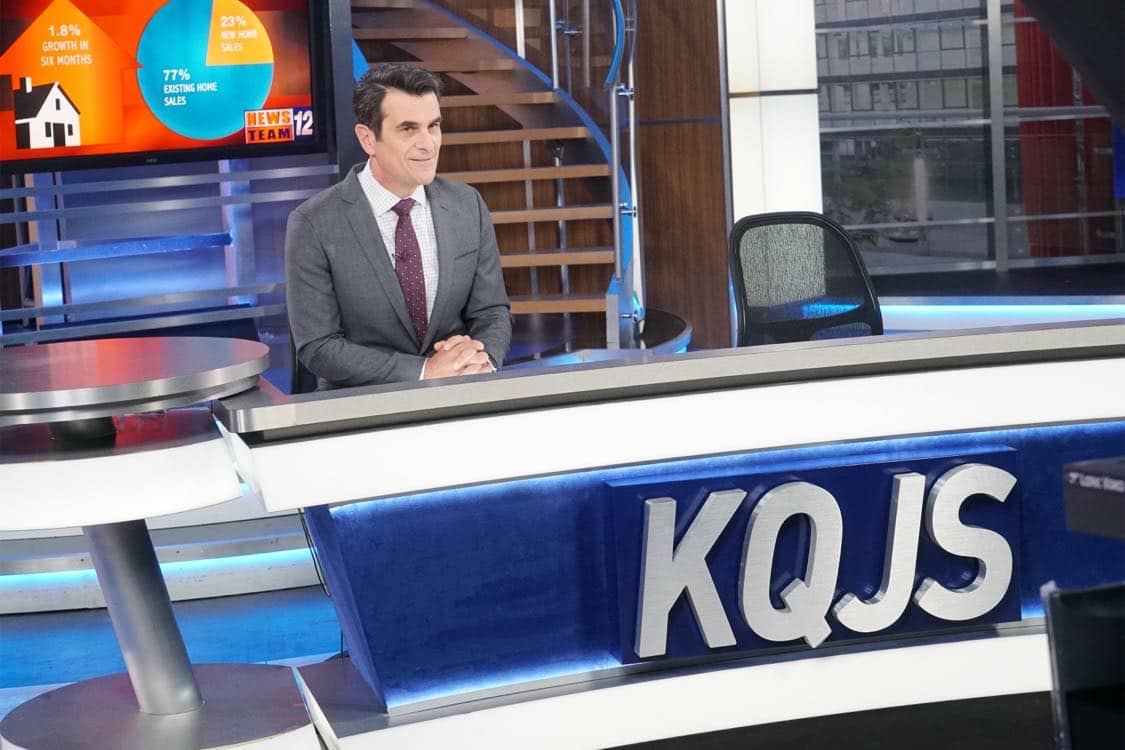 MODERN FAMILY Season 8 Episode 4 Photos Weathering Heights – Phil can’t cover up his excitement when he’s invited to appear in a real-estate news segment for the local news. The day gets even better after meeting his “weatherman” hero, Rainer Shine (played by Nathan Fillion). Phil made one little mistake; he introduced him to Hayley. Over at the Pritchett house, Jay decides to infuse a little grit into Manny’s video interview for his college application. In the Tucker-Pritchett home, Lily is over their new houseguest and decides to take matters into her own hands, on “Modern Family,” WEDNESDAY, OCTOBER 12 (9:00-9:30 p.m. EDT), on the ABC Television Network.