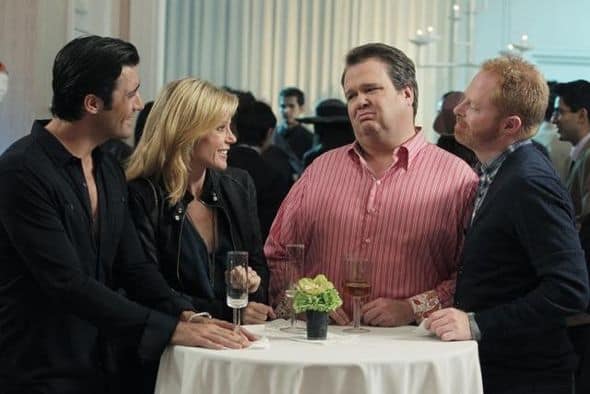 MODERN FAMILY Season 3 Episode 6 Go Bullfrogs! Photos : MODERN FAMILY – “Go Bullfrogs!” – It’s father-daughter time, as Phil takes Haley on a college tour of his old alma mater, and Claire, having a rare night alone, forces Mitchell and Cameron to take her for a fun night out with the boys — but ends up alone with one particular man candy who is anything but gay. Meanwhile, Gloria and Jay deal with a potential situation at home that may require having “the talk” with Manny, on “Modern Family,” WEDNESDAY, OCTOBER 19 (9:00-9:31 p.m., ET), on the ABC Television Network.