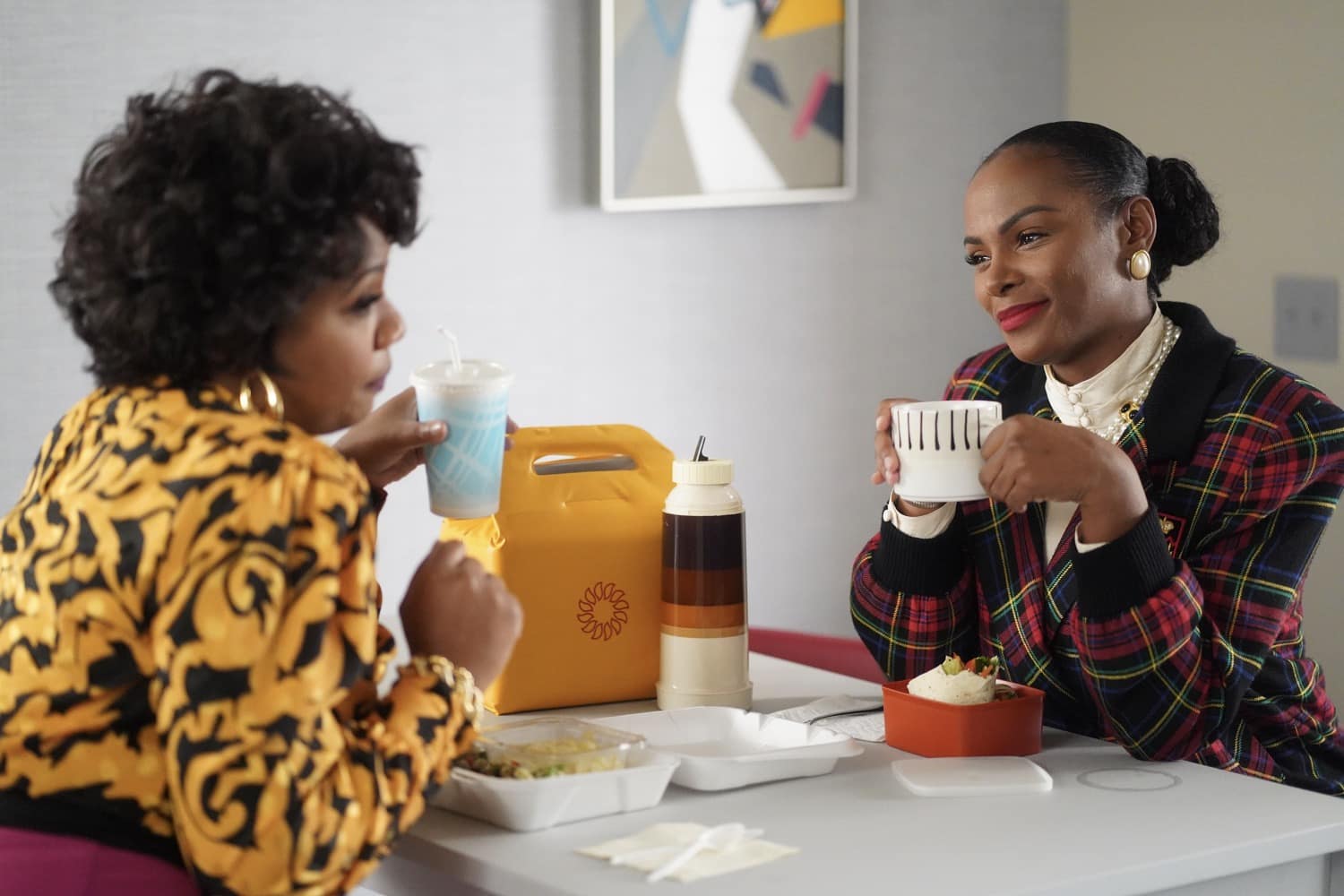 MIXED-ISH Season 2 Episode 6 Photos Just the Two of Us – “Just the Two of Us” – Alicia and Denise realize they’ve been boxed into Black women stereotypes at the law firm, and Harrison’s attempts to help ends up causing more harm. Meanwhile, Paul worries his new job is taking time away from spending time with the kids, so he makes an overzealous effort to connect with each one individually on “mixed-ish,” TUESDAY, MARCH 2 (9:30-10:00 p.m. EST), on ABC. (TV-PG, DL) s02e06 2×06 2.06

“Just the Two of Us” was written by Jesse Esparza and directed by Shiri Appleby.

From the creators of “black-ish,” season two of “mixed-ish” will continue to tell the story of a young Rainbow Johnson and her family as they recount the experience of being a mixed-race family in the ’80s and the dilemmas they face as they navigate a world where the kids are perceived as neither black nor white. While the parents deal with the social dynamics of fitting into the suburbs, Rainbow and her siblings find themselves figuring out how to fit in when everyone else can’t decide where they belong.