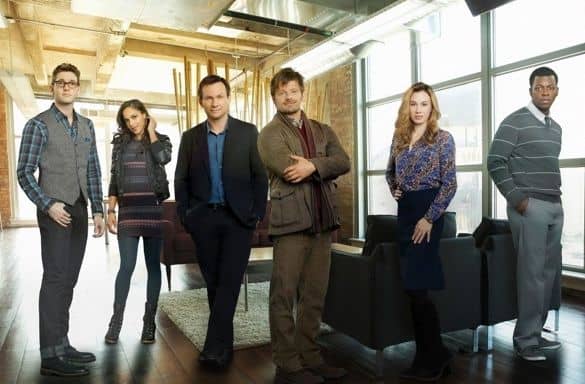 MIND GAMES Trailer : Clark (Steve Zahn) and Ross (Christian Slater) Edwards are brothers and partners in a unique agency committed to solving clients’ problems using the hard science of psychological manipulation.  Clark is a former professor and a world-renowned expert in the field of human behavior.  He has a checkered history due to bipolar disorder, which sometimes results in quirky, manic episodes.  His older brother Ross is a slick con man who spent time in prison.  Each in their own way knows what makes people tick.  Drawing from the most cutting edge research in psychology, they can a tailor a plan to influence any situation.  It’s a little bit science, a little bit con artistry plus a smattering of Jedi mind tricks. The brothers, along with their team of master manipulators are offering clients an alternative to fate.