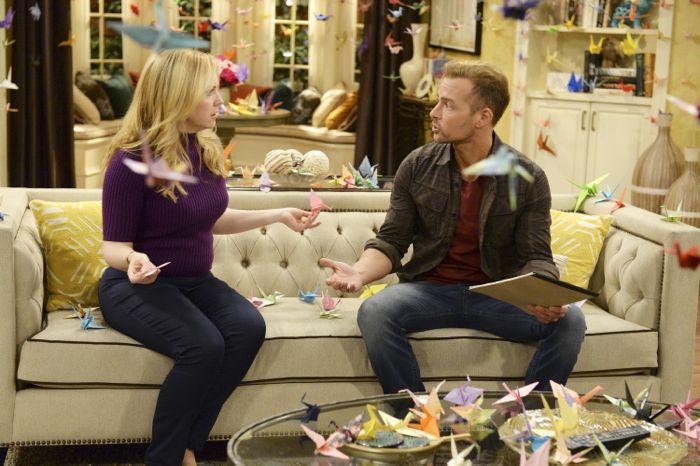 Final Ten Episodes of the Series Run Through August

Mel and Joe are so beside themselves that Ryder wants to join the Navy on the summer premiere of “Melissa & Joey,” airing Wednesday, June 3rd (8:00PM ET/PT) on ABC Family.

Mel & Joe are reeling from both the pregnancy test results and Ryder’s announcement that he’s joining the Navy. Feeling Ryder is completely unprepared, they hatch a plan to have Joe put him through a rigorous mock Boot Camp.