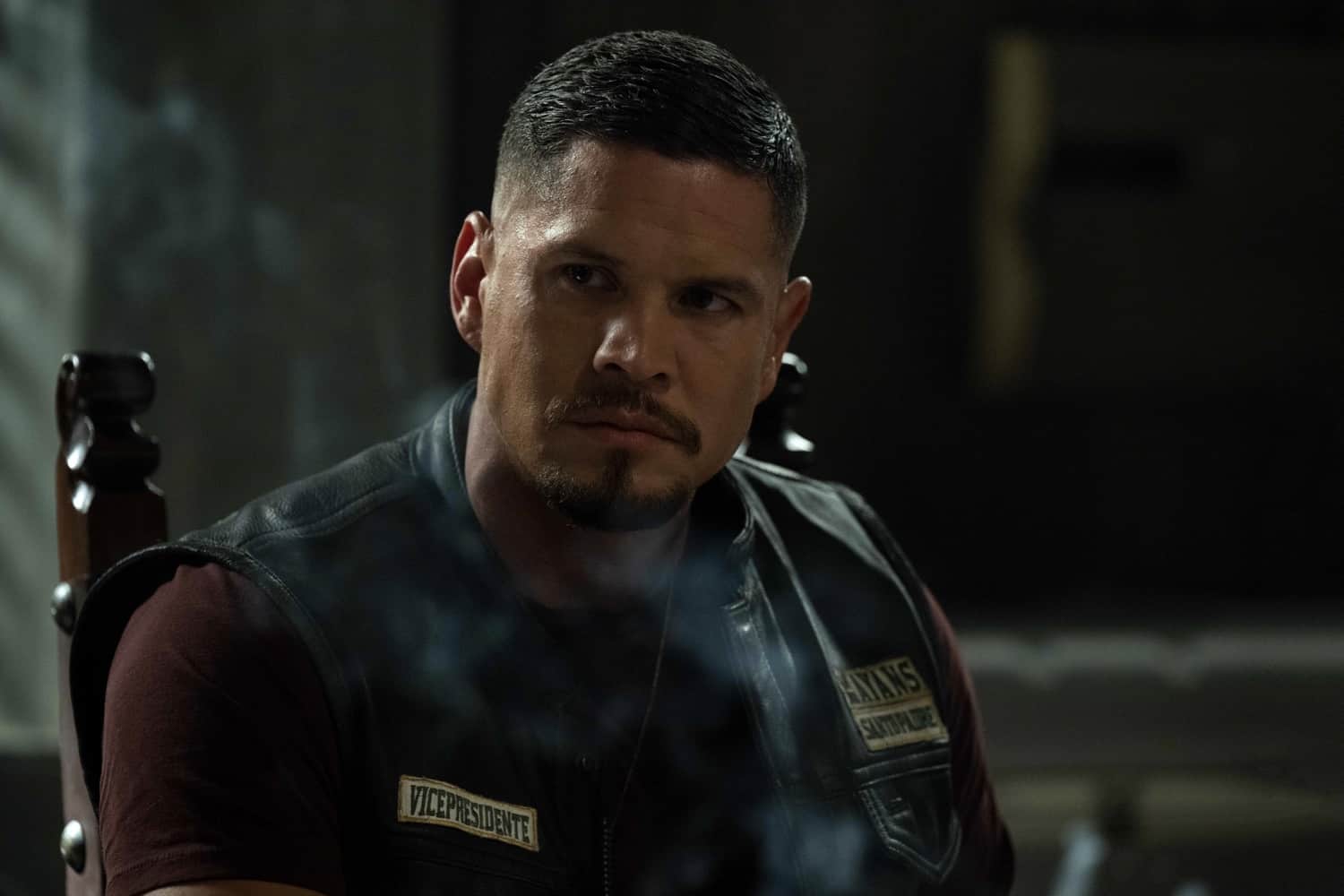 Mayans M.C. follows the life of Ezekiel “EZ” Reyes (JD Pardo), a member of the Mayans M.C. charter on the Cali/Mexi border. Once the golden boy with the American Dream in his grasp, EZ, his brother Angel (Clayton Cardenas) and the rest of the Santo Padre M.C. face retaliation from other chapters after a failed attempt to align under one King. Meanwhile, EZ and Angel have grown distant from their father Felipe (Edward James Olmos) after a heart wrenching betrayal.

Mayans M.C. was co-created by Kurt Sutter and Elgin James. The series is executive produced by James, Hilton Smith and Sutter. The 10-episode fourth season is produced by 20th Television and FX Productions.

MAYANS MC Season 4 Episode 6 Photos When I Die, I Want Your Hands On My Eyes