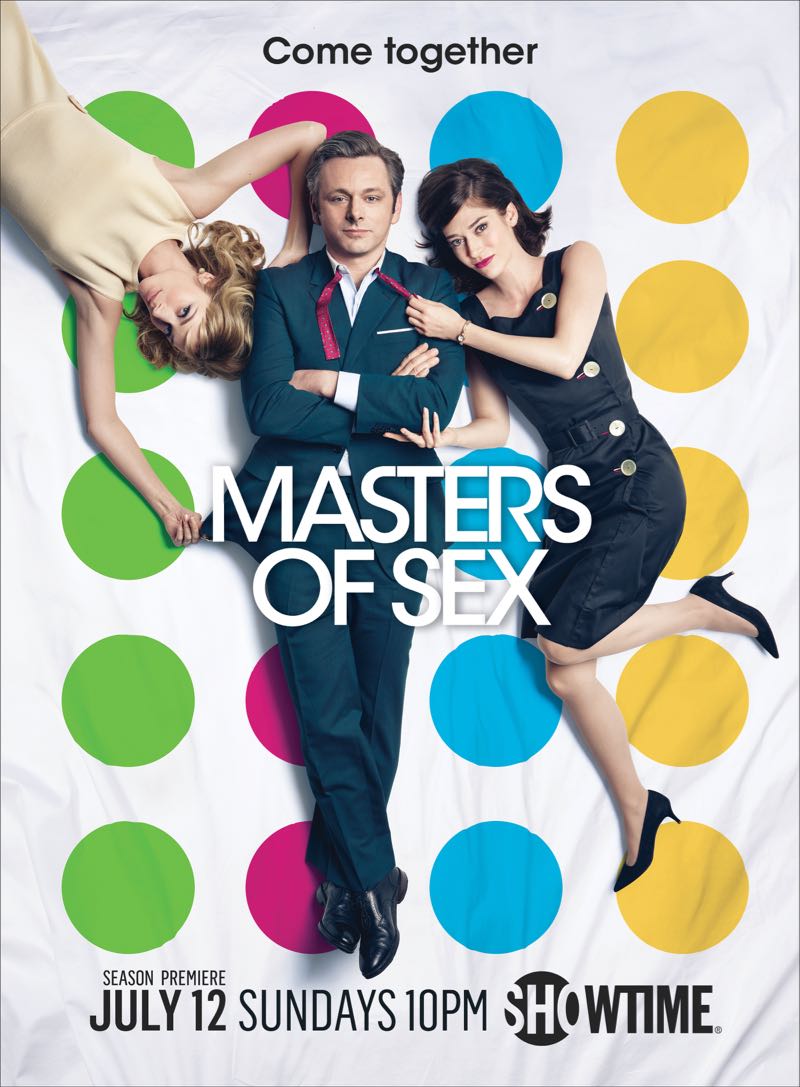 Season three brings big changes to MASTERS OF SEX as the series is now set in 1966. As the season opens, the famed duo Masters (Michael Sheen) and Johnson (Lizzy Caplan) find themselves in the glare of the national spotlight as their controversial sex study is finally unveiled.  Masters and Johnson’s work will have a profound impact on contemporary relationships, especially their own evolving three-way “marriage” with Masters’ wife Libby (Caitlin FitzGerald). The series is an adaptation of Thomas Maier’s book Masters of Sex: The Life and Times of William Masters and Virginia Johnson, The Couple Who Taught America How To Love.  MASTERS OF SEX was developed for television by Michelle Ashford who also serves as an executive producer. The series is also executive produced by Sarah Timberman, Carl Beverly, Amy Lippman, Dave Flebotte,  and Judith Verno.  Michael Sheen, Tammy Rosen and Thomas Maier serve as producers. MASTERS OF SEX is produced by Sony Pictures Television.