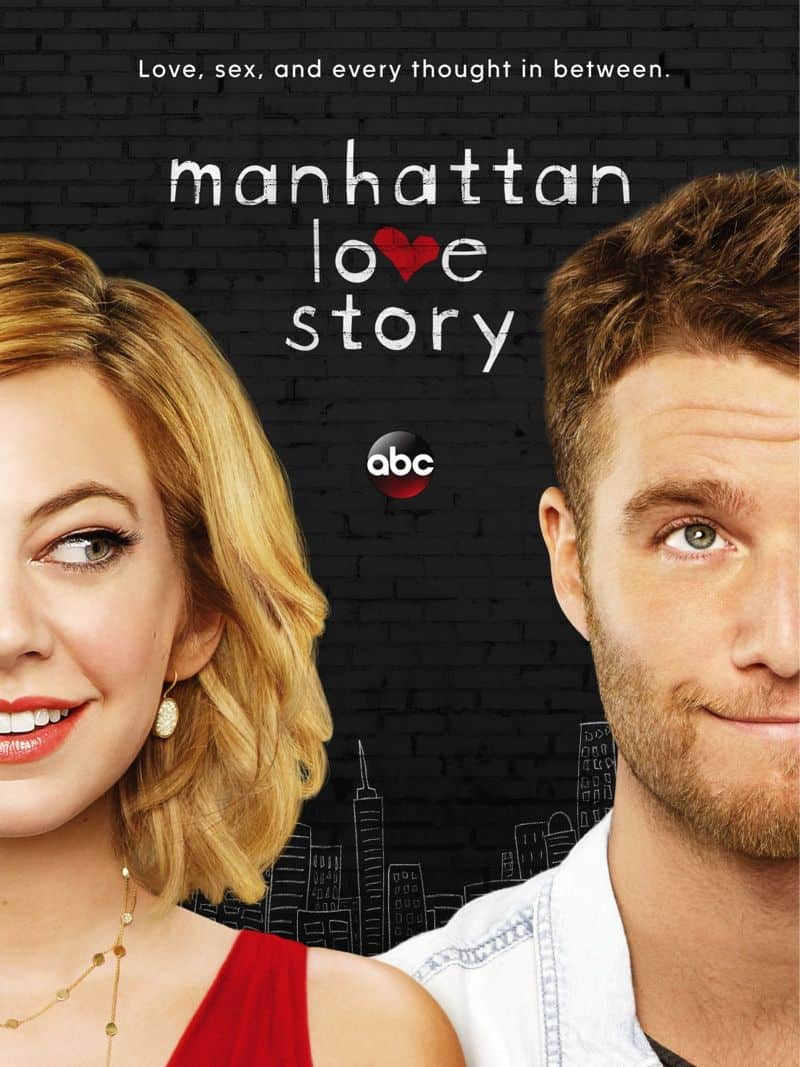 “Manhattan Love Story,” a new romantic comedy airing Tuesdays this fall, is based on this simple premise: The only way to maintain relationships – with lovers, spouses, family, co-workers, or friends – is to keep most of our thoughts to ourselves. At the heart of the story are Dana (Analeigh Tipton, “Crazy, Stupid, Love”) and Peter (Jake McDorman, ABC Family’s “Greek,” “Shameless”) a couple navigating the complicated terrain of a modern day relationship. The audience will hear Dana and Peter’s inner thoughts, highlighting the differences of men and women as this couple traverses the highs and lows of dating.

Dana grew up in a small town with her sights set on New York. She romanticizes about life in the big city and her polite, sweet nature is often misinterpreted as naiveté, but she is a smart girl who is generally one step ahead of those who dismiss her. Peter, on the other hand, grew up in New York and feels that he has seen and done everything the city has to offer. While Dana is determined to succeed in New York in both business and love, Peter is perfectly content to go on dating his way through Manhattan.

Peter’s wealthy sister-in-law and Dana’s college roommate, Amy (Jade Catta-Preta), is a dilettante in the sense that she has a thousand different passions, and unique because she masters each of them. Her husband, David (Nicolas Wright), is Peter’s brother who loves his wife and money. David is more than happy to let Amy take the reins of his life because, after all, she’s doing a better job of running it than he ever would.

Chloe (Chloe Wepper) is Peter and David’s half-sister from their father’s third marriage. Like David, Chloe is not afraid to say what she thinks and unlike David, what she has to say is actually perceptive and intelligent. William (Kurt Fuller), the kids’ father, is incapable of understanding that he’s wrong about anything. He loves being the authority figure, and since all of his children work for him, he’s never had one moment in his adult life when they haven’t had to do what he has wanted.