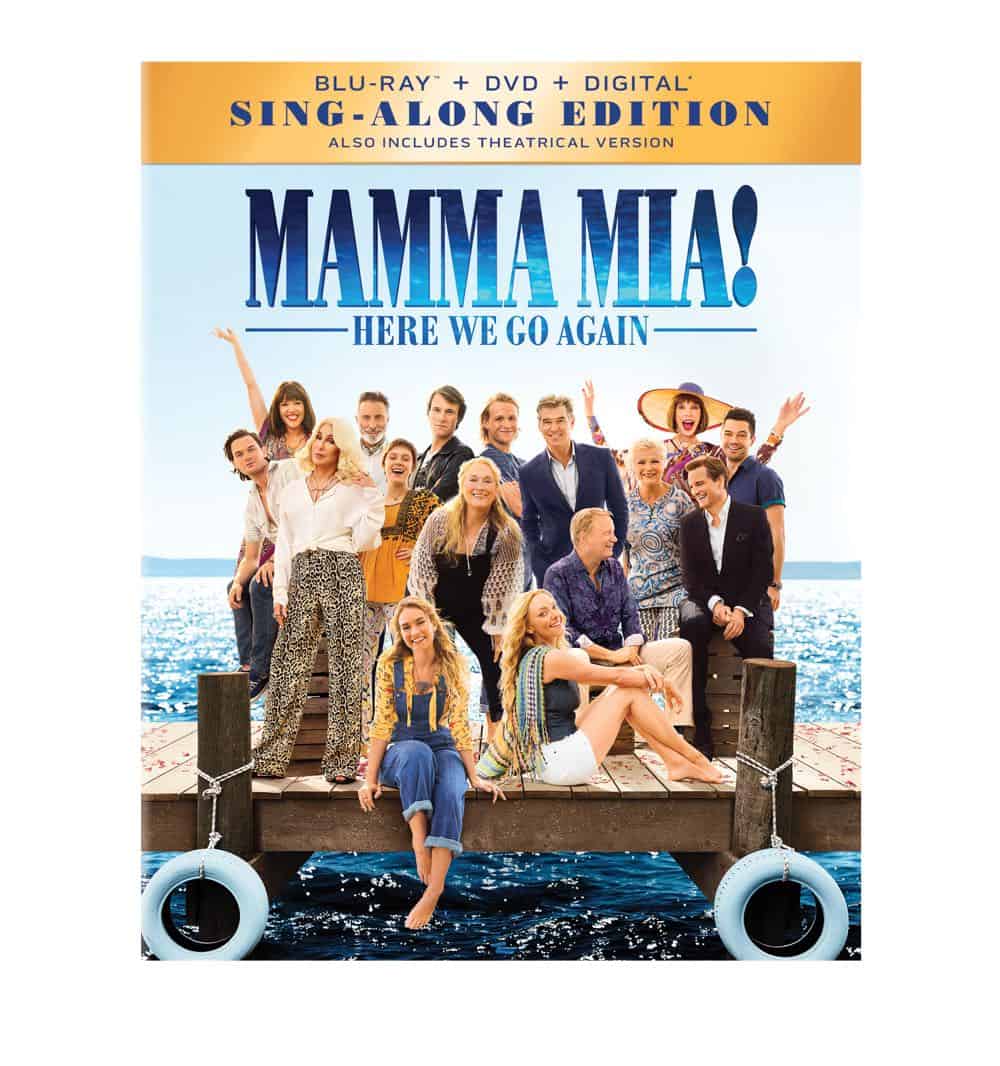 Seat42F and Universal Pictures Home Entertainment have teamed up to give one lucky winner a copy of MAMMA MIA! HERE WE GO AGAIN and a copy MAMMA MIA! 10th Anniversary Edition on Blu-ray. For a chance to win send an email to contest@seat42f.com and tell us your favorite MAMMA MIA! actor or actress. Only one entry per person. Contest ends October 30th. Winner will be notified on October 31st via email.

Bring family and friends together and have the time of your life with MAMMA MIA! HERE WE GO AGAIN Sing-Along Edition, the all-new smash-hit romantic comedy based on the songs of ABBA, for a one-of-a-kind at home experience. MAMMA MIA! HERE WE GO AGAIN arrives on Digital and the digital movie app MOVIES ANYWHERE on October 9, 2018, as well as on 4K Ultra HD, Blu-rayTM, DVD and On Demand on October 23, 2018 from Universal Pictures Home Entertainment. Ten years after MAMMA MIA! The Movie, MAMMA MIA! HERE WE GO AGAIN invites you to return to the magical Greek island of Kalokairi to continue the story’s emotional journey of family and friendship whilst discovering just how those life-changing relationships were formed and includes hit songs such as When I Kissed The Teacher, Fernando and Dancing Queen.

Both a prequel and a sequel, the film tells two stories: present day as Sophie Sheridan (Seyfried) prepares for the grand reopening of her mother Donna’s (Streep) hotel and 1979 when young Donna (James) first arrives on the island. Sophie learns about her mother’s exciting, fun-filled adventures with the young Dynamos, Tanya (Jessica Keenan-Wynn) and Rosie (Alexa Davies), and how young Donna first met her three possible dads Harry (Hugh Skinner), Bill (Josh Dylan) and Sam (Jeremy Irvine) all those years ago. Deemed as “a relentlessly sunny musical romp” by Leah Greenblatt, Entertainment Weekly, MAMMA MIA! HERE WE GO AGAIN is filled with summer fun, joy and romance that allows audiences to tap into their inner dancing queens in their own living rooms! Get ready to sing and dance all over again with the entire cast and go behind the scenes with MAMMA MIA! HERE WE GO AGAIN on Digital, 4K Ultra HD, Blu-rayTM and DVD – with over an hour of bonus features including one- of-a-kind lyric videos and a never-before-seen performance of “I Wonder.”