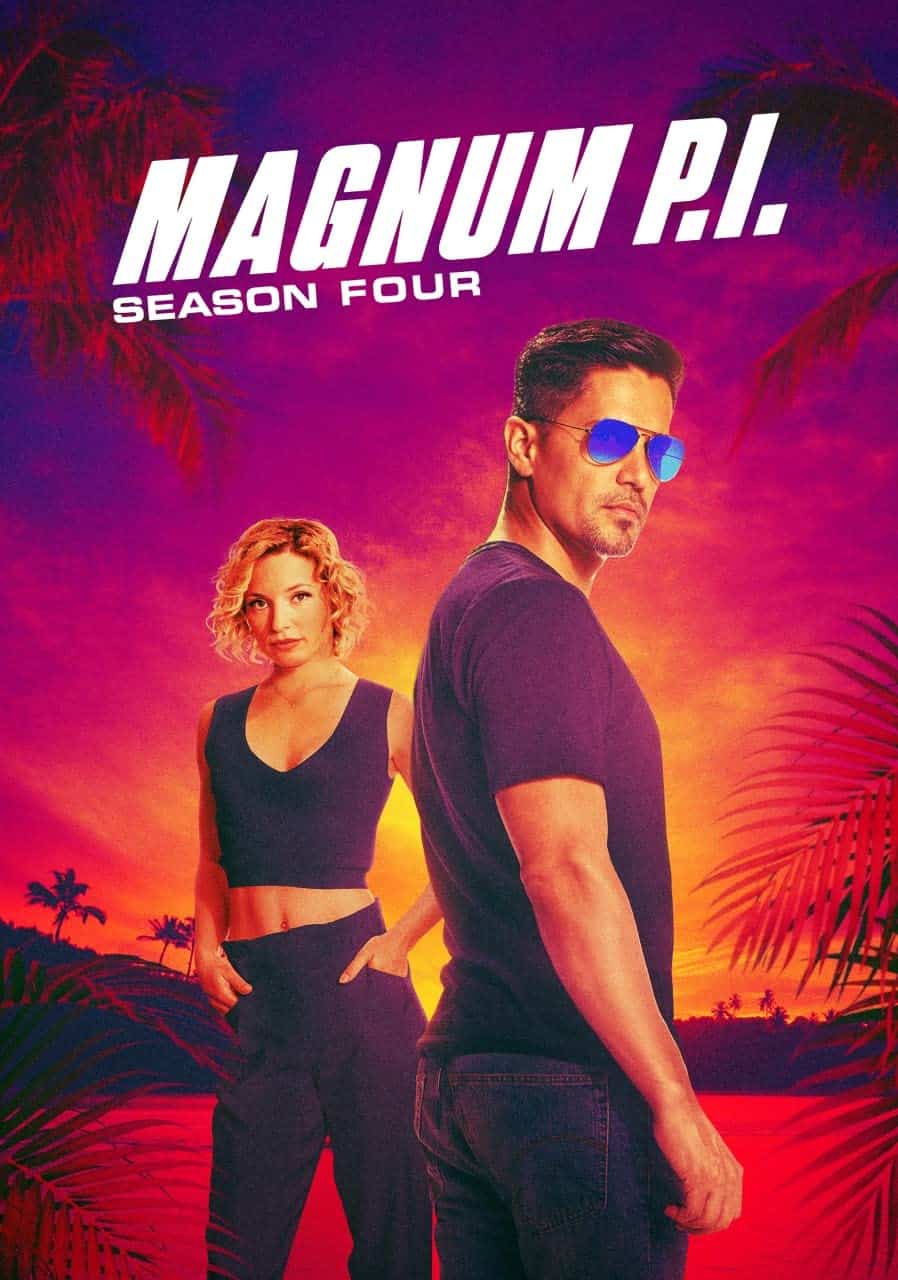 The thrilling fan-favorite drama MAGNUM P.I.: SEASON FOUR also arrives on DVD on September 13, starring Teen Choice Award nominee Jay Hernandez (Hostel) and Perdita Weeks (As Above, So Below) in their iconic roles as Thomas Magnum and Juliet Higgins. Watch as the former Navy Seal and his trusted partner, Higgins, take on high-stake missions to solve mysteries on the shores of Hawaii during Magnum P.I.’s final season. The five-disc collection features every drama-filled episode, exclusive behind-the-scenes featurettes and more.

Description: MAGNUM P.I. is a modern take on the classic series centering on Thomas Magnum, a decorated former Navy SEAL who, upon returning home from Afghanistan, repurposes his military skills to become a private investigator. A charming rogue, an American hero and a die-hard Detroit Tigers fan, Magnum lives in a guest cottage on Robin’s Nest, the luxurious estate where he works as a security consultant to supplement his P.I. business. The “majordomo” of the property is Juliet Higgins, a beautiful and commanding disavowed MI:6 agent whose second job is to keep Magnum in line, with the help of her two Dobermans. When Magnum needs back-up on a job, he turns to his trusted buddies and fellow POW survivors, Theodore “TC” Calvin, a former Marine chopper pilot who runs Island Hoppers, a helicopter tour business, and Orville “Rick” Wright, a former Marine door-gunner-turned-impresario of Oahu’s coolest nightclub and the most connected man on the island. Suspicious of Magnum’s casual attitude and presence at his crime scenes, Detective Gordon Katsumoto finds that he and Magnum are more alike than either of them care to admit. One of Magnum’s biggest supporters is Teuila “Kumu” Tuileta, the unofficial “House Mom” and cultural curator of Robin’s Nest. With keys to a vintage Ferrari in one hand, aviator sunglasses in the other, and an Old Düsseldorf longneck chilling in the fridge, Thomas Magnum is back on the case!