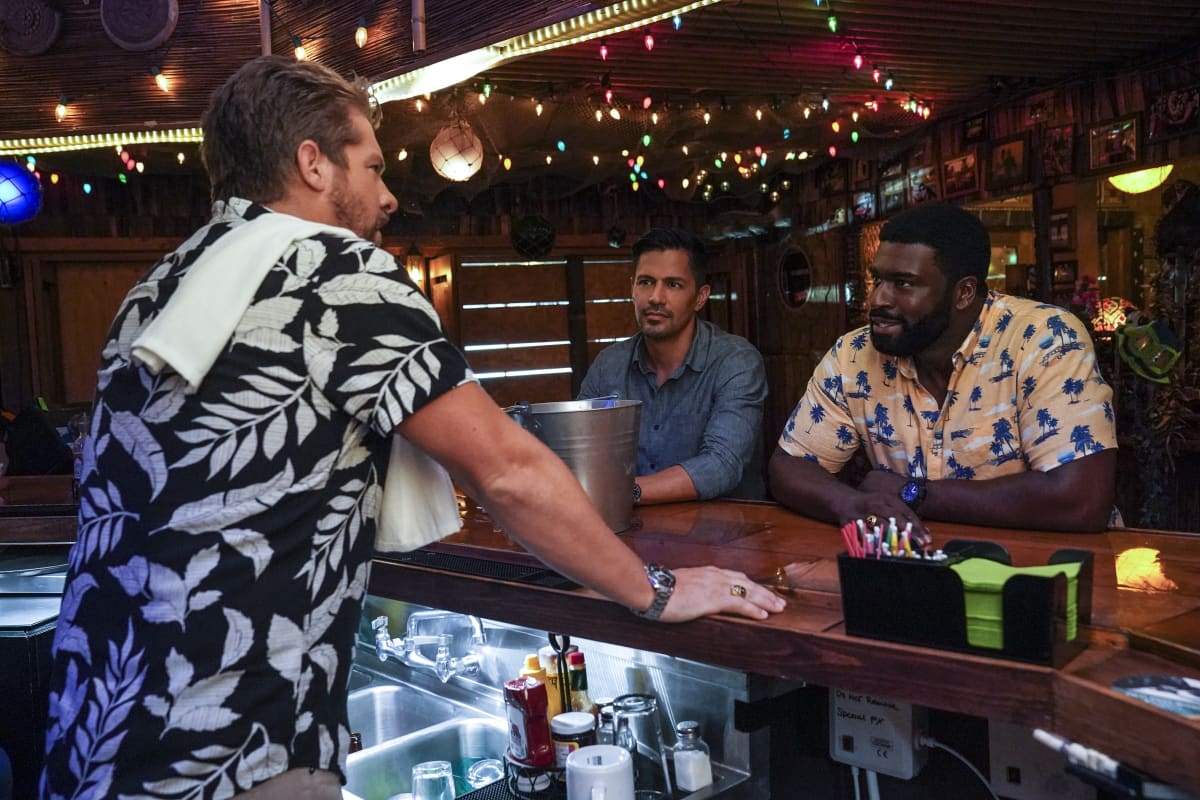 MAGNUM P.I. Season 3 Episode 5 Photos The Day Danger Walked In – s03e05 3×05 – “The Day Danger Walked In” – As a major hurricane hits the Island, Magnum and his friends find shelter inside La Mariana, along with two armed killers also escaping the dangerous storm. Also, Rick must confess to TC that he let the insurance lapse on the bar, on MAGNUM P.I., Friday, Jan. 15 (9:00-10:00 PM, ET/PT) on the CBS Television Network. Roger E. Mosley, who played TC in the original “Magnum, P.I.,” returns as Booky.