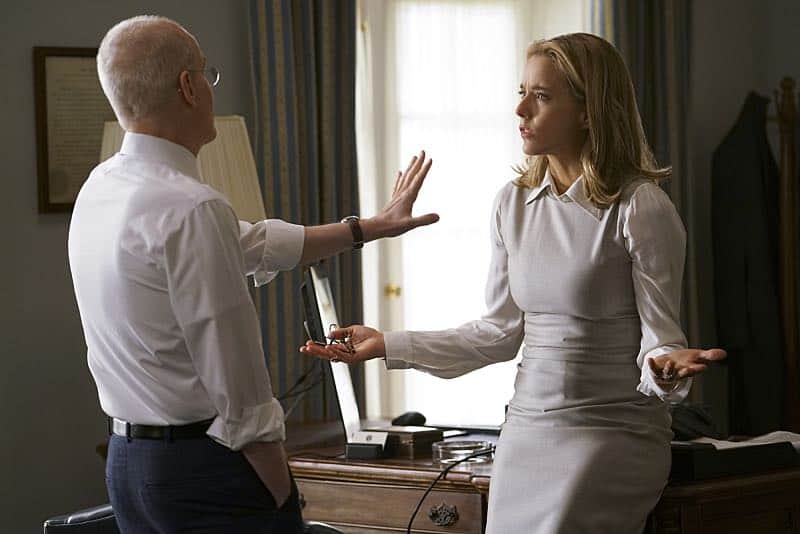 MADAM SECRETARY Season 3 Episode 4 Photos The Dissent Memo : “The Dissent Memo” – After a bombing at a political rally in Angola, Elizabeth must find a way to respond to a “dissent memo” from the Bureau of African Affairs when they criticize the Dalton Administration’s lack of attention to the upcoming Angolan election. Also, Russell enlists Elizabeth’s help to get President Dalton on the ballot in Ohio, and Henry and Jose get closer to locating the antiquities stolen by Hizb al-Shahid, on MADAM SECRETARY, Sunday, Oct. 30 (9:00-10:00 PM, ET/PT) on the CBS Television Network. Tonya Pinkins guest stars as Susan Thompson, assistant secretary for the Bureau of African Affairs, and CBS Sports host of “The NFL Today” and “Thursday Night Football” James Brown appears as himself.