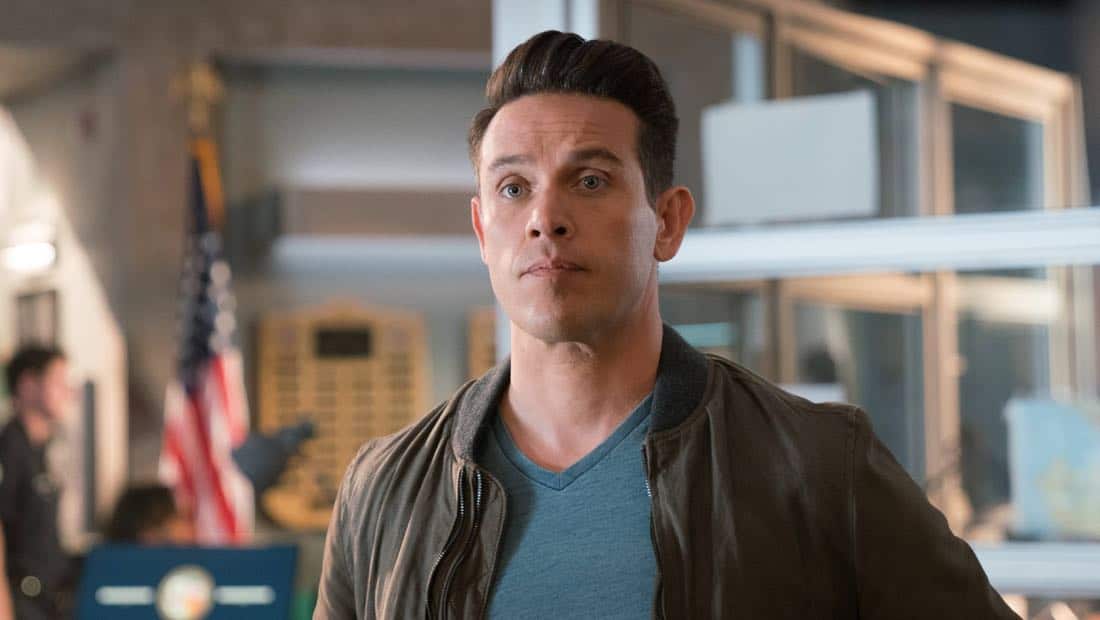 From 24 to UGLY BETTY to SOUTHLAND to TRUE BLOOD to ARROW and all the way through his current role in Fox’s LUCIFER, Kevin Alejandro’s career has spanned the television zeitgeist. Anytime Kevin appears on screen, viewers know that they are going to get a character portrayal that will tug at the heart strings. It is Kevin’s instinct for complex and carefully layered characters that has made him one of the most desirable actors working in Hollywood. In an exclusive interview, Kevin talks about the pure joy he gets from working on LUCIFER and a some of the key lessons he has learned along the way in his career.

What was the initial appeal for you about portraying Detective Dan Espinoza and working on Fox’s LUCIFER?
KEVIN: One of the things I was attracted to was how flawed he is. He has the determination and desire to do the right things in life, but circumstances always seem to derail him. I knew this was going to be a big part of Dan’s development which I immediately gravitated to. I love playing this character.

How would you describe who Dan at this point in the series?
KEVIN: I think Dan at this point is still a victim of his choices. He has however, learned more about himself and seems to have a bit more confidence in his place in Trixie (Scarlett Estevez) and Chloe’s (Lauren German) lives.

What do you most admire about him?
KEVIN: Dan know who he is. He doesn’t try to be anyone else but himself, no matter what. I love that about Dan. I also admire his desire to be a good person, a good friend, and a good father.

What was it like working alongside the talented and funny ensemble on LUCIFER?
KEVIN: It’s one of the greatest jobs I’ve ever had. I absolutely adore everyone I work with. We have managed to create a genuinely collaborative workplace. We all love being there together.

What is your proudest achievement working on LUCIFER?
KEVIN: I have so many wonderful moments working on this show! However, I think my proudest moment is yet to come. Amazingly , I Have been approved to direct our final episode of this season! I am extremely excited for my Television Directorial debut. This episode will be a stand alone episode in Season 4! So, If we are picked up for another season, please look out for it!!

Any favorite scenes that you can share from working on the show?
KEVIN: I gotta say every scene I do with Tom is a fun scene. We enjoy working off of each other and discovering different things about our characters. There’s a really funny scene coming up soon that I can’t talk about, but once you see it, you’ll know it was one of my favorite scenes!!

How would you describe the Dan-Charlotte (Tricia Helfer) dynamic at this point?
KEVIN: At this point, Dan and Charlotte are trying to discover whether or not they still fit. I think they both want a relationship with each other, but neither is ready to jump in a 100%. It’s been a lot of fun to go round and round with Charlotte Richards!!

What is the best part about working with Tricia Helfer on the show?
KEVIN: Tricia is so kind and giving. She is a powerhouse of an actor. I know every time I have a scene with her, I better bring my very best. She’s the kind of actor that every actor wants to work with.

One of my favorite episodes this season was “Mr. and Mrs. Mazikeen Smith,” in particular because Dan was included as a key part of that adventure. What was the best part about working on that episode for you?
KEVIN: Lesley [Ann Brandt] is a fun actor to work with. We have a great relationship and enjoy navigating our way through a scene. We’re great scene partners because we’re not afraid to ask the other for help if we get stuck on a moment. We never do the scene the same way twice. It’s always a bit different which forces us to be present and listen to each other. This is one of my favorite things about working with her.

As an actor, what has been the one thing you haven taken away from the experience of working on LUCIFER?
KEVIN: One of the beautiful things about working on this show, is being surrounded by such good actors who make strong choices. I come to work everyday ready to play. I know that whoever I’m in a scene with is going to bring it, so should I! Everyone here is open to a little improv, so my skills are definitely getting sharpened with this group of folks!

You are getting the opportunity to direct this season. What inspired you to take on that Herculean endeavor?
KEVIN: Yes!! And I’m ecstatic!! It’s interesting… Ever since high school, I’ve always been an actor. All of my dreams and most of the decisions I’ve made in my life revolved around being an actor. I lived and breathed it. It’s really my first true love. As time has progressed, however, the desire to expand my creativity slowly started to creep it’s way in. The more time I spent on a set, the more I yearned to learn everything about making films. It’s become some what of an obsession. I love stories, and I’m fascinated by the many different ways people tell them. I’m taking this journey to tell my own!

What has surprised you most about your career so far?
KEVIN: I am pleasantly surprised how much the director side of me has been able to grow. I look forward to seeing where this journey leads me.

At this stage of your career, what do you think you have learned from the roles and projects you have worked on?
KEVIN: The biggest thing I constantly take from each project is, not to take any of them for granted. I realize how lucky I am to be a working actor in this business, and I enjoy everything about it. Also, I have as much fun as I possibly can and try not take myself too seriously, because when it comes down to it, we’re being allowed to play for a living! So this is exactly what I do.

If there were one previous role you would like to revisit, which would it be and why?
KEVIN: Every role I’ve ever played has got to this point right now! As an actor, you give your all to every character you play, and it can be exhausting. LOL! I feel that I’m at exactly the right place in my career and I’m enjoying this moment. I think I wanna stay where I’m at at for now and see where this adventure takes me next. It’s hard to wanna revisit a character, because I’ve already lived in his shoes. I wanna keep looking forward and live in the moment.

Has there been any great advice you have gotten about working as an actor?
KEVIN: The best advice I ever got was from my dad. He told me if I work hard, never give up, stay true to myself, and always keep learning, I will accomplish most anything I set my mind to. His advice has helped to get me where I am today. This is the same advice I would give to anyone who wants to follow their dreams.

At a time when women’s voices are rising to be heard and respected around the country and world, what do you recommend your fans do to lend support in that endeavor?
KEVIN: We need to listen and fully understand the movements our world is making. I would say stand up for what you believe in and educate yourself!

Do you have any other upcoming projects that you can share that fans should keep an eye out for?
KEVIN: I recently directed a short film which is currently going through the Festival circuit! It’s called BEDTIME STORY. I’m very excited about this one, and the exciting thing is it’s getting a lot of good feedback and winning several awards for Best Short Film and Best Director! Also, as I said earlier, I’m directing our last episode of Lucifer in a few weeks! Which I’m very happy about!

To watch Kevin continue to bring the laughs and touch our hearts in the process, be sure to tune in for all new episodes of LUCIFER on Mondays at 8:00 p.m. on Fox. For fun clips and information about the show, you can follow the show on Twitter @LuciferOnFox. Then to follow what Kevin is up to as his career grows, be sure to follow him on Twitter @KevinMAlejandro. (Kevin also recently directed the film short “Bedtime Story,” starring Patrick Fishler and Tricia Helfer, which just won Best of Festival at the Hollywood Short Film Festival 2018 and Kevin won Best Director for his work on it. “Bedtime Story” will next be seen at the Mammoth Film Festival and the Hollywood Reel International Film Festival.) 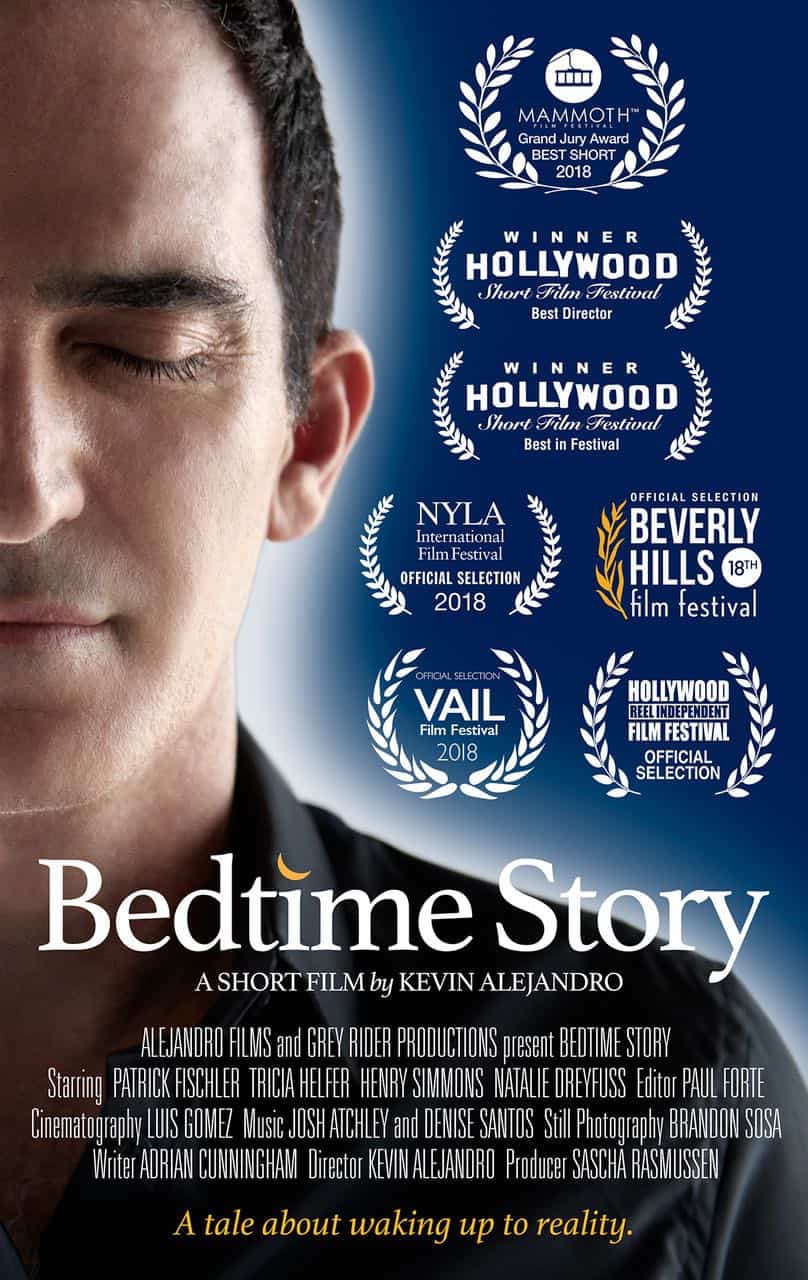