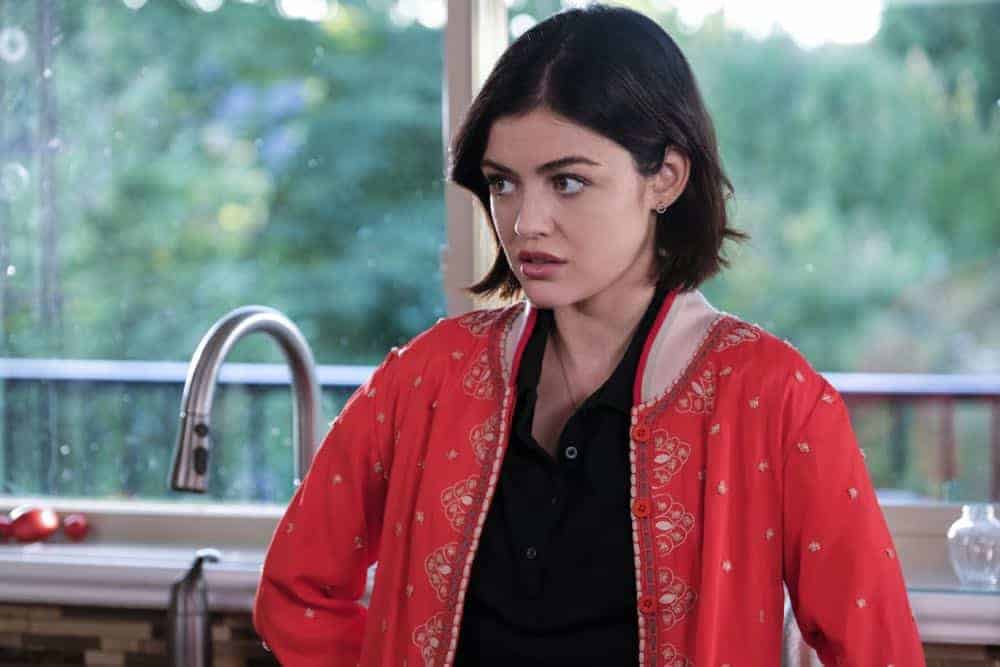 Life Sentence – “Who Framed Stella Abbott?” A NEW NORMAL – When Stella (Lucy Hale) and Wes (Elliot Knight) agree to always tell each other the truth, it becomes a problem for Wes when it comes to Dr. Grant (guest star Riley Smith). Stella helps Aiden (Jayson Blair) get a job at her coffee shop, but she soon begins to notice Aiden is up to something. When Stella reaches out to Wes and her family for help with the situation, they all agree that Aiden needs to figure it out on his own. Meanwhile, Lizzie (Brooke Lyons) and Diego (Carlos PenaVega) are trying to get things back to normal with the kids. Gillian Vigman and Dylan Walsh also star. Norman Buckley directed the episode written by Nelson Soler (#106). Original airdate 4/27/2018. LIFE SENTENCE Season 1 Episode 6 Photos Who Framed Stella Abbott.