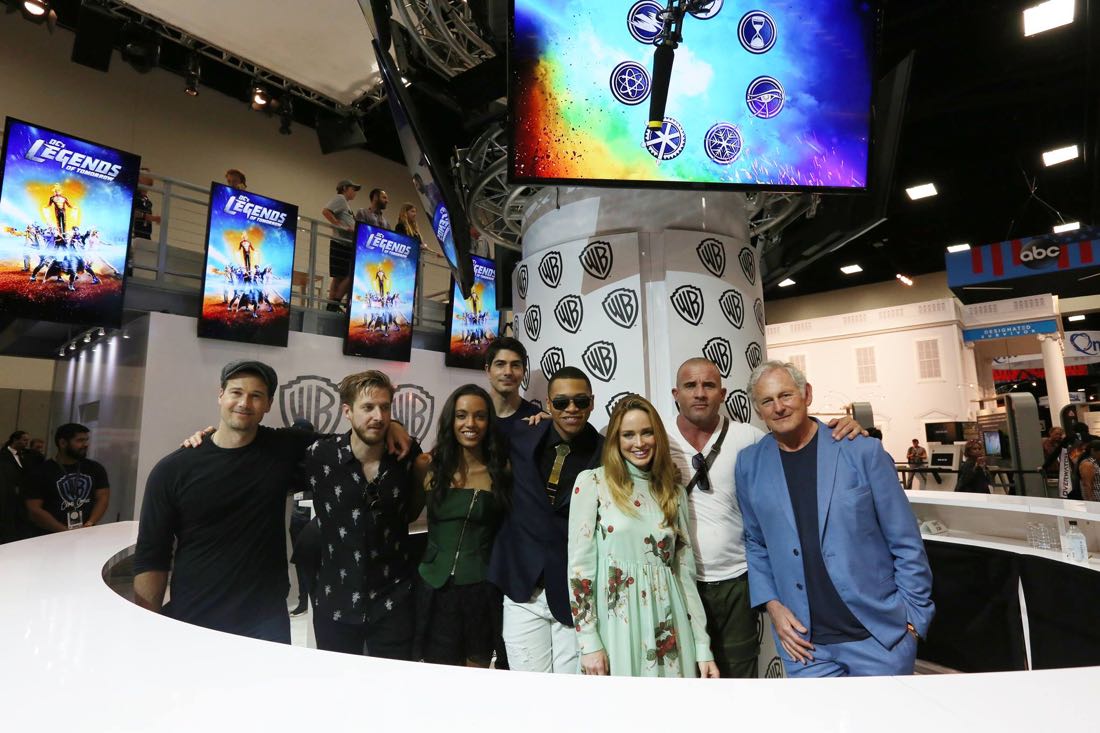 After saving the world — and all of time — from the immortal madman Vandal Savage, then bidding farewell to two of their fellow comrades, Hawkman and Hawkgirl, the Legends received an unexpected visit from a mysterious new ally, Rex Tyler, who tasked the team with a brand new mission. What that mission is, how the Justice Society of America will factor in and who will be aboard the Waverider when The CW’s Super Hero team-up series returns for its second season are questions that the cast and creative team will seek to answer when they descend upon San Diego for their second visit to Comic-Con. From Berlanti Productions in association with Warner Bros. Television and based on characters from DC, DC’s Legends of Tomorrow returns Thursday, October 13, at 8/7c on The CW. DC’s Legends of Tomorrow: The Complete First Season will be released on Blu-ray™ combo pack, DVD and Digital HD on August 23. Become a fan of DC’s Legends of Tomorrow on Facebook at www.facebook.com/CWLegendsofTomorrow and follow the show on Twitter at @TheCW_Legends.