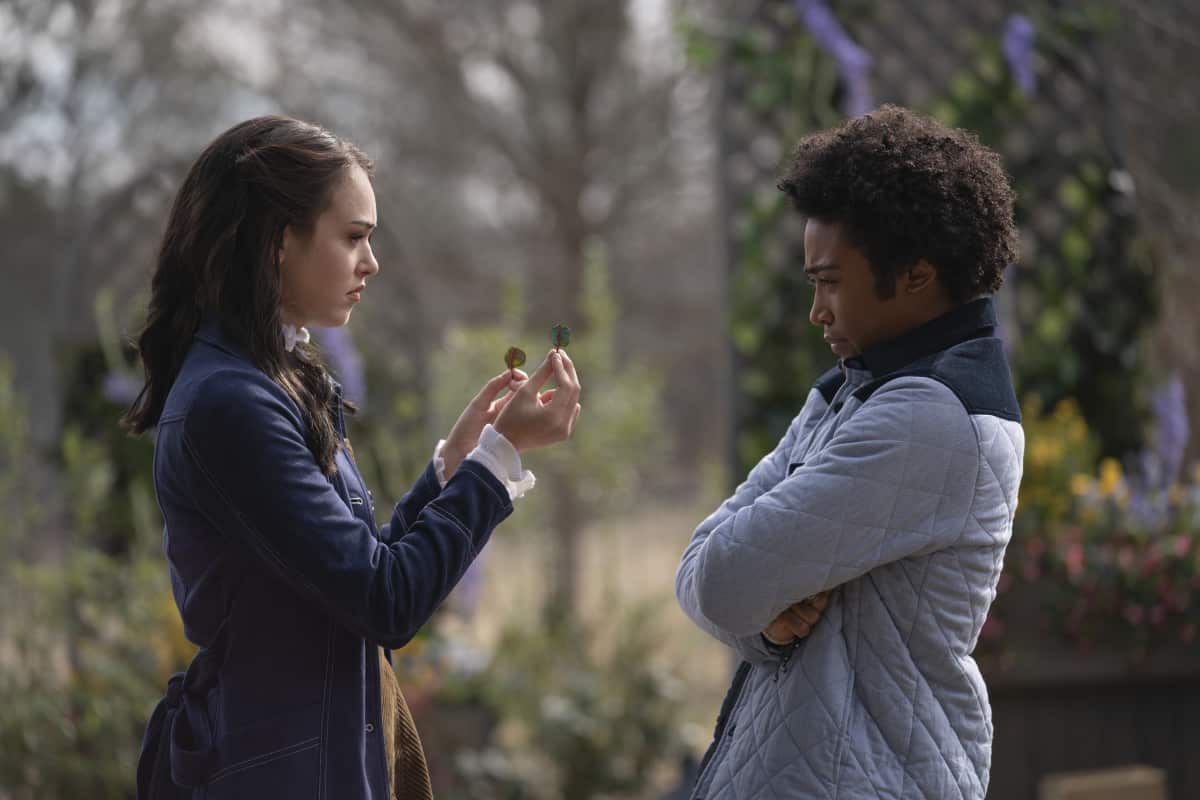 Promo photos from Legacies Season 3 Episode 7 Yup, It’s A Leprechaun, All Right. IT’S YOUR LUCKY DAY — After the Salvatore School runs into some financial difficulties, Lizzie (Jenny Boyd) suggests they hold their first fundraiser. While Alaric (Matthew Davis) attempts to work things out with the bank, he puts Kaleb (Chris Lee) in charge of overseeing the events at the school. Elsewhere, Cleo (guest star Omono Okojie) helps Hope (Danielle Rose Russell) cope with her emotions, while MG (Quincy Fouse) seeks help from Alyssa (guest star Olivia Liang). Finally, when a leprechaun shows up at the school, it might just be what they need to turn their luck around. Kaylee Bryant and Ben Levin also star. Tony Griffin directed the episode written by Penny Cox & Cynthia Adarkwa (#307). Original airdate 3/18/2021.

Working together, Hope and Dr. Saltzman ultimately rejoined The Salvatore School to lead their Super Squad of powerful vampires, witches and werewolves, including Lizzie & Josie Saltzman (Jenny Boyd & Kaylee Bryant), MG (Quincy Fouse), Rafael (Peyton Alex Smith) and Kaleb (Chris Lee) and even a Phoenix, her true love Landon (Aria Shahghasemi), into battle against a dizzying horde of fantastic and deadly monsters birthed from the Malivore Pit … and their old nemesis, The Necromancer, who was determined to resurrect Malivore. As season three begins, Hope has risked everything to pull her friends back from the brink of a monstrous prophecy that threatened to doom them all. But when a heartbreaking loss shatters her whole world, Hope Mikaelson will be forced to fight fate itself.