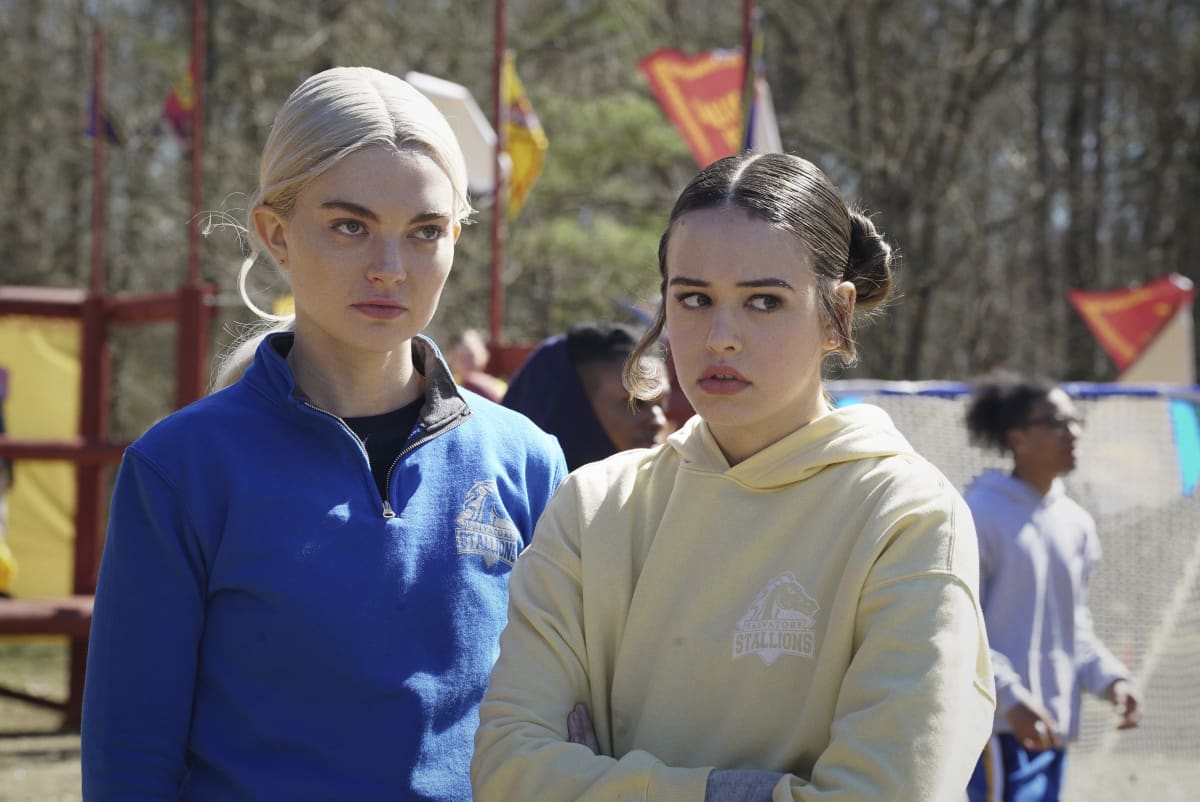 LEGACIES Season 3 Episode 1 Photos We’re Not Worthy – s03e01 3×01 -“We’re Not Worthy” LET THE GAMES BEGIN — In order to get a handle on some urgencies at the school, Alaric (Matthew Davis) sends the students off-campus for their first-ever field day. But when a medieval monster arrives with a challenge, the students are left scrambling to guess which one of them may be a worthy opponent. Danielle Rose Russell, Aria Shahghasemi, Kaylee Bryant, Jenny Boyd, Quincy Fouse, Peyton Alex Smith, Chris Lee and Ben Levin also star. Jeffrey Hunt directed the episode written by Penny Cox & Cynthia Adarkwa (#301). Original airdate 1/21/2021.