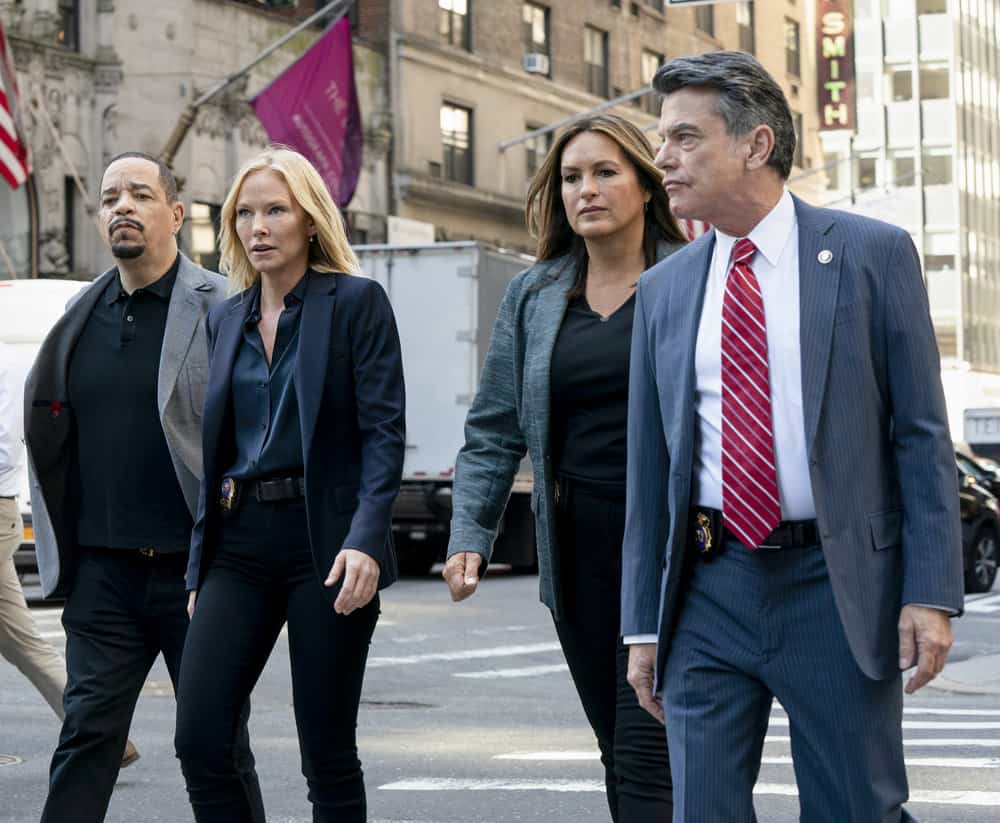 LAW & ORDER SVU Season 21 Episode 1 Photos I’m Going To Make You A Star – When an actress accuses a high-powered media mogul of attempted rape, Benson finds herself in a high-stakes game of cat and mouse. Changes in the squad room put Carisi between a rock and a hard place. Ian McShane, Peter Gallagher, Zuleikha Robinson and Jamie Gray Hyder guest star.

As acting commander of the SVU, Lt. Olivia Benson (Mariska Hargitay) is a seasoned veteran of the unit who has seen it all. She leads with empathy and professionalism, all the while dealing with her difficult past as a product of rape and her future as mother to a young child, both of which influence the way she relates to the victims and perpetrators of each case. Lt. Benson is now the longest-running female character in a primetime live-action series.

“SVU” won the Imagen Foundation Award in 2015 for Best Primetime Program, recognizing the positive portrayal of Latinos in media. The series was honored with the NAACP Image Award for Outstanding Drama Series in 2012. Fourteen episodes of “SVU” were nominated for the Prism Award and six have won, recognizing their accurate depiction of substance abuse and mental illness. Four episodes have been nominated by the GLAAD Media Awards for outstanding representation of the LGBTQ community, and the show was honored with 11 Edgar Allan Poe Award nominations and two wins for Best Television episode.