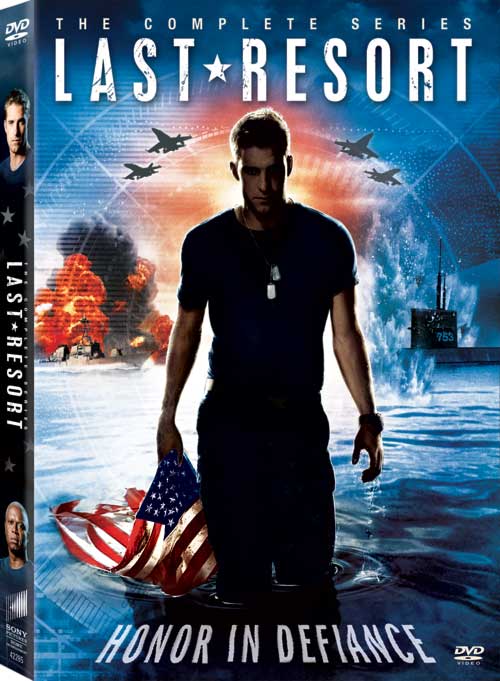 Seat42f and Sony Pictures Home Entertainment have teamed up to give THREE lucky winners a copy of LAST RESORT : The Complete Series on DVD. For a chance to win leave a comment below telling us why you want to add LAST RESORT to your DVD collection. Only one entry per person. Contest ends July 9th. Winners will be notified on July 10th via email so make sure to use a valid email address when you post your comment.

Synopsis
The U.S. ballistic submarine Colorado sits 500 feet below the Indian Ocean when orders come in to fire nuclear missiles at Pakistan. Captain Marcus Chaplin (Braugher) and XO Sam Kendal (Speedman), both question the legitimacy of the order and ask for confirmation, but instead receive missile fire from another U.S. submarine. Left for dead at the bottom of the ocean, the Colorado finds refuge on an exotic island. As troops come toward the island, the members of the crew must work to clear their name and find out who is involved in a conspiracy of nuclear proportions. Produced by MiddKid Productions in association with Sony Pictures Television and created by Karl Gajdusek (Oblivion) & Shawn Ryan (TV’s “The Shield“), LAST RESORT – THE COMPLETE SERIES is a critically-acclaimed drama filled with action and suspense.