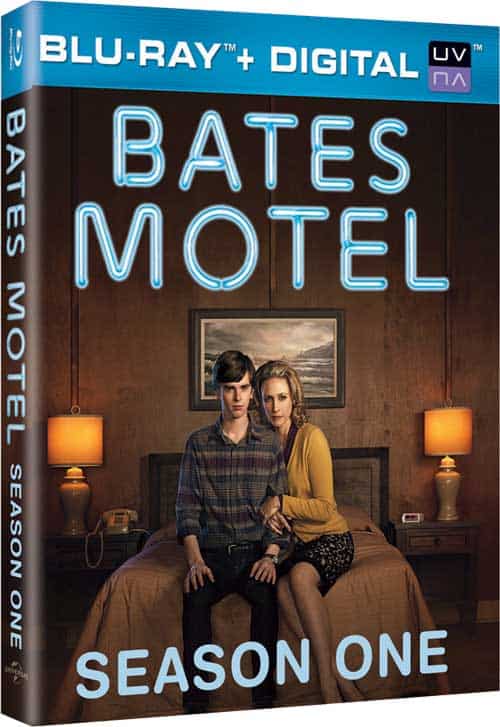 Academy Award® nominee Vera Farmiga (Up in the Air) and Freddie Highmore (Charlie and the Chocolate Factory) star in “Bates Motel”: Season One, a contemporary prequel to the genre-defining film, Psycho. “Bates Motel”: Season One will be available to own on Blu-ray™ and DVD, each with Digital including Ultraviolet™ on September 17, 2013 from Universal Studios Home Entertainment.

From the producers of “Lost” and “Friday Night Lights” comes the “moody, twisty, creepy and gloriously insane” (Mary McNamara, Los Angeles Times) “Bates Motel”: Season One. This re-imagining of one of Alfred Hitchcock’s beloved masterpieces weaves a web of deception, murder, and unexpected twists in a small town where nothing is what it seems.

“Bates Motel”: Season One also stars Nestor Carbonell (Lost), Max Thieriot (House at the End of the Street), Mike Vogel(Cloverfield), Nicola Peltz (The Last Airbender) and Olivia Cooke (Blackout). Filled with gruesome horrors, nail-biting suspense, and an eerie visual landscape ideal for Blu-ray™ Hi-Def, experience all 10 episodes back-to-back and uninterrupted of the hit series critics say is “impossible to look away” (Mary McNamara, Los Angeles Times). The Blu-ray™ and DVD also include a set of collector cards featuring artwork from the show (“Jiao’s Sketchbook”) for a limited time only.

“Bates Motel” was A&E’s most-watched original drama series debut in the network’s history.  Be sure to watch more drama unfold with season two on A&E in 2014.

Blu-ray™ disc unleashes the power of your HDTV and is the best way to watch movies at home, featuring perfect hi-def picture and hi-def sound. Digital including UltraViolet™ is a revolutionary new way for fans to collect their movies and TV shows in the cloud. UltraViolet™ lets consumers instantly stream and download to tablets, smartphones, computers and TVs. 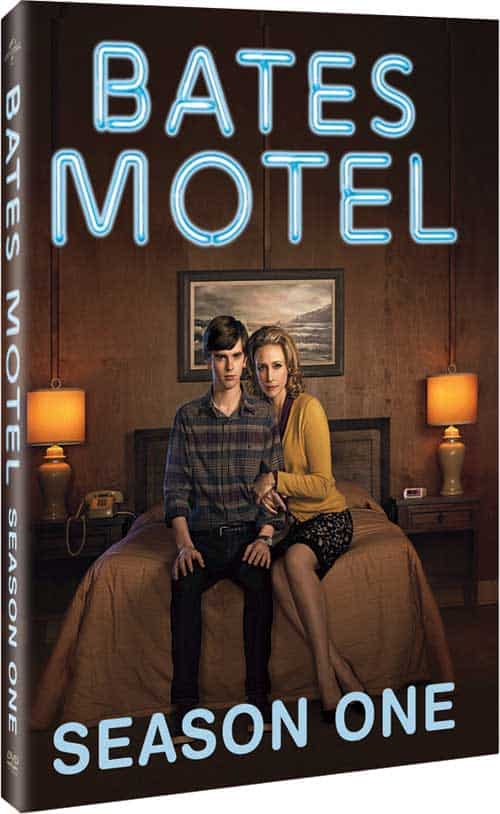