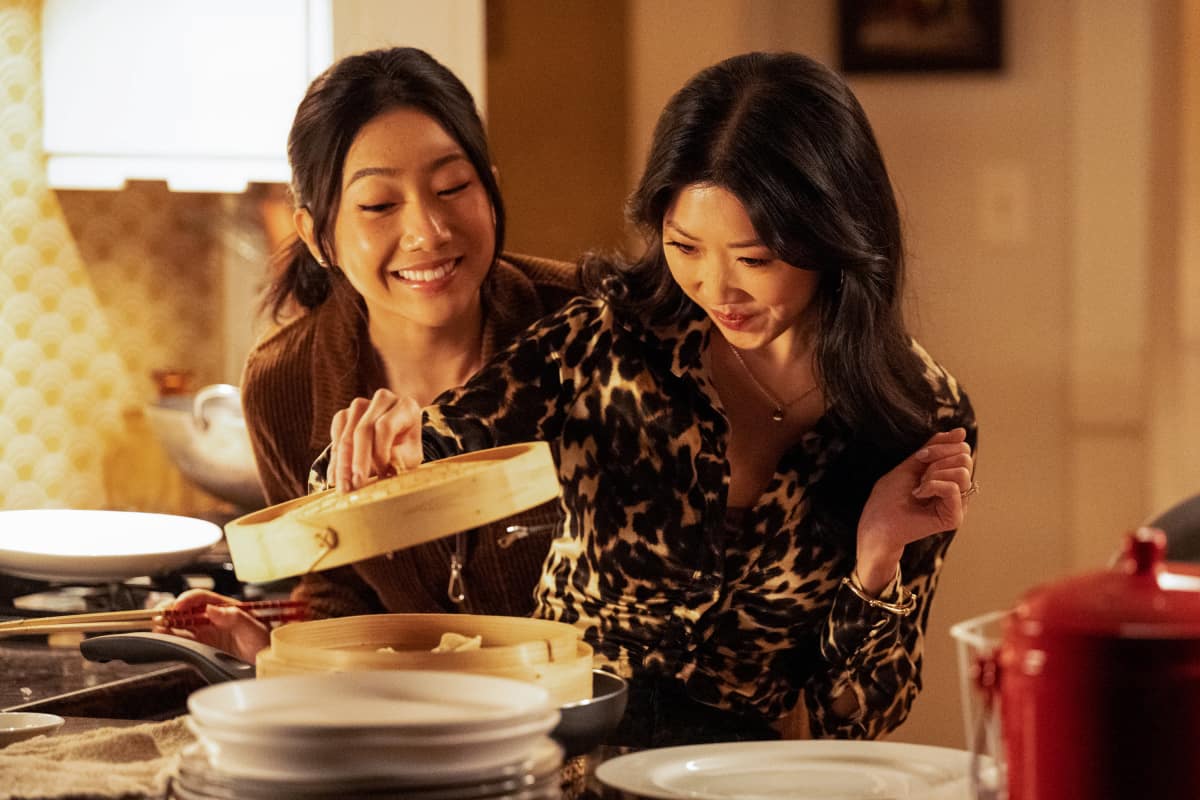 KUNG FU Season 2 Episode 4 Photos Clementine – GIVING UP THE PAST — After finding himself in a bind, Dennis (Tony Chung) turns to Nicky (Olivia Liang) for help, leading them to uncover an auto theft ring in Chinatown. Elsewhere, when an argument about family causes Henry (Eddie Liu) and Nicky to have their first real fight, Henry reluctantly reconnects with his estranged father. Finally, Evan (Gavin Stenhouse) is forced to make a difficult decision that could cost him his job.

Tzi Ma, Kheng Hua Tan, Shannon Dang and Jon Prasida also star. Richard Speight, Jr. directed the episode written by Richard Lowe (#204). Original airdate 3/30/2022. Every episode of KUNG FU will be available to stream on The CW App and CWTV.com the day after broadcast for free and without a subscription, log-in or authentication required. s02e04 2×04 2.04 s2e4

Following the explosive Season 1 finale, Season 2 picks up six months later with Nicky (Olivia Liang) and the rest of the Shen family in a great place: Nicky’s been using her kung fu skills to keep Chinatown safe; she and Henry (Eddie Liu) are only deeper in love with each other; the death of her shifu Pei-Ling (Vanessa Kai) has been avenged and her killer Zhilan (Yvonne Chapman) is behind bars, and thanks to Jin (Tzi Ma) and Mei-Li (Kheng Hua Tan), the family’s restaurant Harmony Dumplings is thriving.

With the Shen family now in the know about Nicky’s extracurricular crime-fighting, Nicky’s finally comfortable and at peace in San Francisco… that is, until the reemergence of sinister billionaire Russell Tan (guest star Kee Chan), and the surprise appearance of Nicky’s long-lost cousin, Mia (guest star Vanessa Yao).  With the help of Henry, Althea (Shannon Dang), Ryan (Jon Prasida), Evan (Gavin Stenhouse) and Dennis (Tony Chung), Nicky will face off against the Tan family and become a shifu in her own right, as a new, action-packed myth unfolds in San Francisco’s Chinatown.