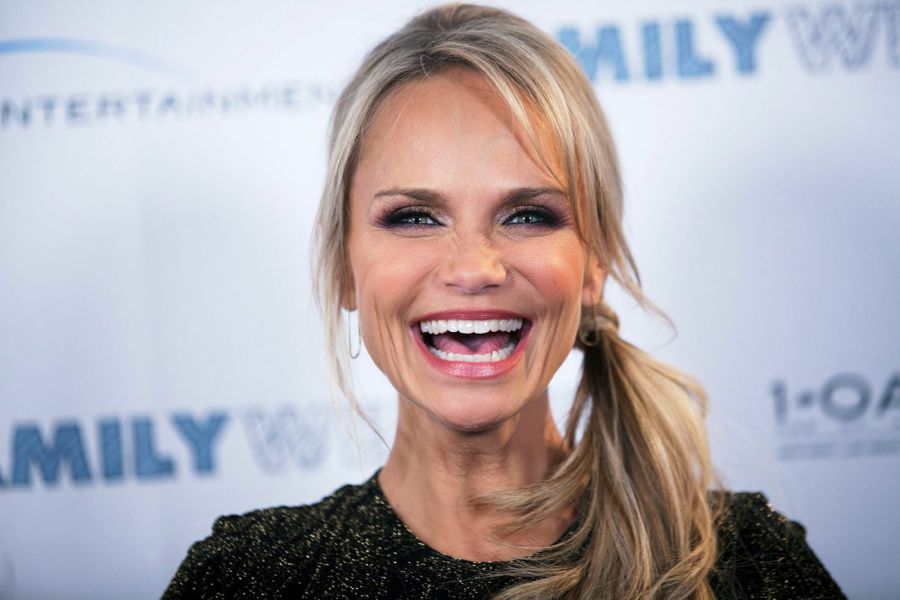 Chenoweth will play Velma Von Tussle, the self-promoting and manipulative producer of “The Corny Collins Show,” who will stop at nothing to make her daughter, Amber, the star that Velma never was. Her biggest foe is Tracy Turnblad and she’ll do everything in her power to prevent the integration of the “Corny Collins Show” which Tracy wants so much.

“We are so excited and fortunate that Kristin – one of the best musical performers in the world – wants to come and play with us on ‘Hairspray,'” said Robert Greenblatt, Chairman, NBC Entertainment. “Everything she does is incredible, going back to the iconic Glinda in ‘Wicked,’ and there’s no one better to play Velma Von Tussle. Each year we find that more and more of the top talent in our business wants to experience the once-in-a-lifetime thrill of these live musicals, and the bigger the roster of stars, the better the event. This one is shaping up to be one of our best!”

Chenoweth is one of most talented musical artists of her generation on Broadway, and in television and films, having won the Tony as Best Featured Actress in a Musical for the role of Sally in the 1999 production of “You’re a Good Man, Charlie Brown.” In one of her most memorable and popular performances, she was Tony nominated in 2004 for the role of Glinda the Good Witch in “Wicked,” which still remains hugely popular on Broadway and around the world. She was also Tony nominated in 2015 for the dual roles of Lily Garland/Mildred Plotka in the musical “On the Twentieth Century.”

As a television actress, Chenoweth won an Emmy in 2009 as Outstanding Actress in a Comedy Series for her role in “Pushing Daisies.” A year earlier she earned her first-ever Emmy nomination for “Pushing Daisies” and in 2010-11 was twice nominated for Outstanding Guest Actress in a Comedy Series for “Glee.” Other TV roles include the Emmy Award-winning drama “The West Wing,” “Ugly Betty” and “Hot in Cleveland.”

On the big screen, Chenoweth has co-starred in “Stranger Than Fiction,” “Running With Scissors” and in 2014 lent her voice to the animated film “Rio 2.”

With “Hairspray Live!” Chenoweth reunites with NBC Live executive producers Craig Zadan and Neil Meron for the fourth time. They previously collaborated on the TV movie musical “Annie” with Kathy Bates, the TV movie musical “The Music Man” with Matthew Broderick, and the Broadway revival “Promises, Promises” with Sean Hayes.

In addition to participating in Broadway soundtracks and other cast recordings, Chenoweth has recorded five studio albums, the most recent being 2014’s “Coming Home.” She launched her first concert tour in 2012 and has since played some of the most iconic venues around the world, including New York’s Carnegie Hall and London’s Royal Albert Hall.

In “Hairspray Live!,” teenager Tracy Turnblad’s dream is to dance on “The Corny Collins Show,” a local TV program. When against all odds Tracy wins a role on the show, she becomes a celebrity overnight and meets a colorful array of characters, including the resident dreamboat, Link; the ambitious mean girl, Amber; an African-American boy she meets in detention, Seaweed; and his mother, Motormouth Maybelle, the owner of a local record store. Tracy’s mother is the indomitable Edna, and she eventually encourages Tracy on her campaign to integrate the all-white “Corny Collins Show.”