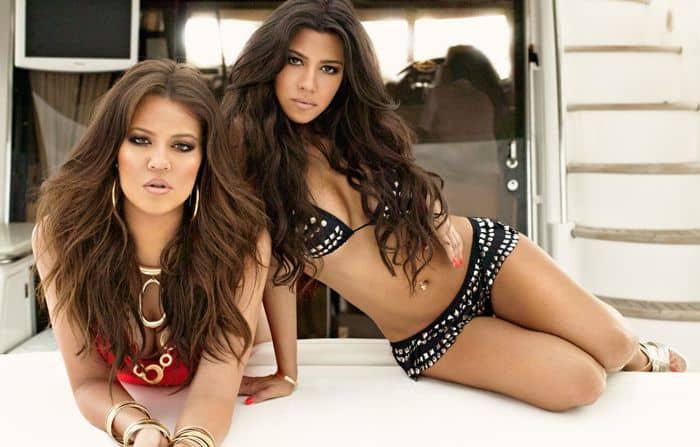 Khloe takes a break from Miami this week and flies home to spend a couple days with Lamar. Rob moves in with Khloe and Lamar which leads to a big fight between Rob and Khloe. Meanwhile, Kourtney tries to make Scott jealous by getting close to a friend. Will her plan work?

Khloe arrives in LA and wastes no time before she and Lamar are in the bathtub together enjoying a bubble bath. As much as I didn’t want to believe these two were legit, it sure seems like they have a pretty real relationship. And, I actually like Khloe more now than I did last season. While Khloe has been in LA, her brother Rob has moved in to her and Lamar’s house. Apparently, Rob has been keeping Lamar company. The two have become the best of brother-in-law’s, they play video games and hang out all day every day. Khloe is not very pleased with Rob living there but Lamar is, so she goes along with it.

In Miami, Kourtney is cooking up schemes on how she can make Scott jealous. Since she had Mason he hasn’t been as protective of her and hasn’t been feeding her with as many compliments as he used to. Rather than just speak to him about it directly, Kourt thinks it’d be better if she can somehow make him jealous by showing him that she’s still ‘got it.’

The first night of Khloe’s visit Lamar and Rob decide to have a ‘Best of 7’ NBA video game challenge. She tries to lure Lamar to the bedroom telling him that she’s going to change into some lingerie. She literally has to stand in front of the TV to get his attention. So, she goes to the bedroom and gets in the lingerie and then sits there for twenty minutes waiting for him. He’s still playing the game with Rob.

Kourtney is still working on plans to make Scott jealous. She’s called upon her friend Jackie to help. She and Jackie have a history of making out when they’re drunk which always gets Scott jealous. Kourt asks Jackie if she’ll come over and get in the hot tub with her to make Scott jealous. Jackie is all for it. So, that night, Jackie comes by before Scott comes home from work. Kourt has some champagne and chocolate sent up to make it look sort of romantic and then she strategically places Jackie’s shoes and coat in the Suite to make it look like they were in a hurry to get their clothes off. Just before Scott gets home they jump in the hot tub and start laughing and acting all giddy. Scott is smarter than we give him credit for though. He realizes Kourtney is up to something right away, so she decides he’ll play a game with her too. He goes outside wearing just a robe and then takes that off to show he’s wearing absolutely nothing. He stands on the side of the hot tub and flashes Kourt and Jackie. Kourt gets pissed and Jackie is totally embarrassed, they immediately jump out of the hot tub and run inside. After Jackie leaves, Kourt and Scott finally talk and she tells him that she doesn’t feel like he wants her as much as he used to. He tells her that she’s perfect and he’s always thinking dirty things about her, even when she’s changing Mason’s dirty diapers. After that Scott starts making his move on Kourt in bed, and then it was time for the cameras to leave.

In LA, Khloe goes grocery shopping with her friend Malika so she can vent about Rob and Lamar’s bromance. Later that night Khloe and Lamar go to their bedroom to get freaky and they find Rob in there sitting with some random girl talking. Khloe is furious! Lamar just laughs it off which only pisses off Khloe more. She’s not only mad that Rob would bring a girl into their bedroom but also worries that the girl could have other motives, such as taking pics in their bed and trying to claim that she slept with Lamar or possibly stealing things. Rob and the girl leave the room right away and Rob doesn’t even try to defend himself because he knows he’s in the wrong. Khloe is on a rampage though, she tells Rob she wants him out and tells him to have all his shit out by morning.

Lamar and Khloe talk after the fight and he’s able to talk some sense into her. He tells her that it’s somewhat their fault for not communicating better with each other and with Rob. They agree to let Rob continue living there, but Khloe decides not to tell him until morning after he’s already packed all his stuff. She’s evil!

The next morning Khloe and Lamar stop Rob from moving out. Khloe apologizes and says she did overreact. She admits that it wasn’t just that one incident that made her mad but also that he and Lamar played video games when she wanted to spend time with Lamar. She says that when she comes home for visits she expects to get all the time with Lamar. It’s time for Khloe to head back to Miami now and her bestest brother Rob drives her to the airport. This ends the Rob vs Khloe battle and all is good once again with the Kardashian’s. It’s like a Brady Bunch or 7th Heaven episode where things always end on a good note.

Next week, Kourtney obsesses over getting skinny again. Kourt and Khloe then get into a major fight over who works harder at Dash and it looks like Khloe may be leaving Miami.