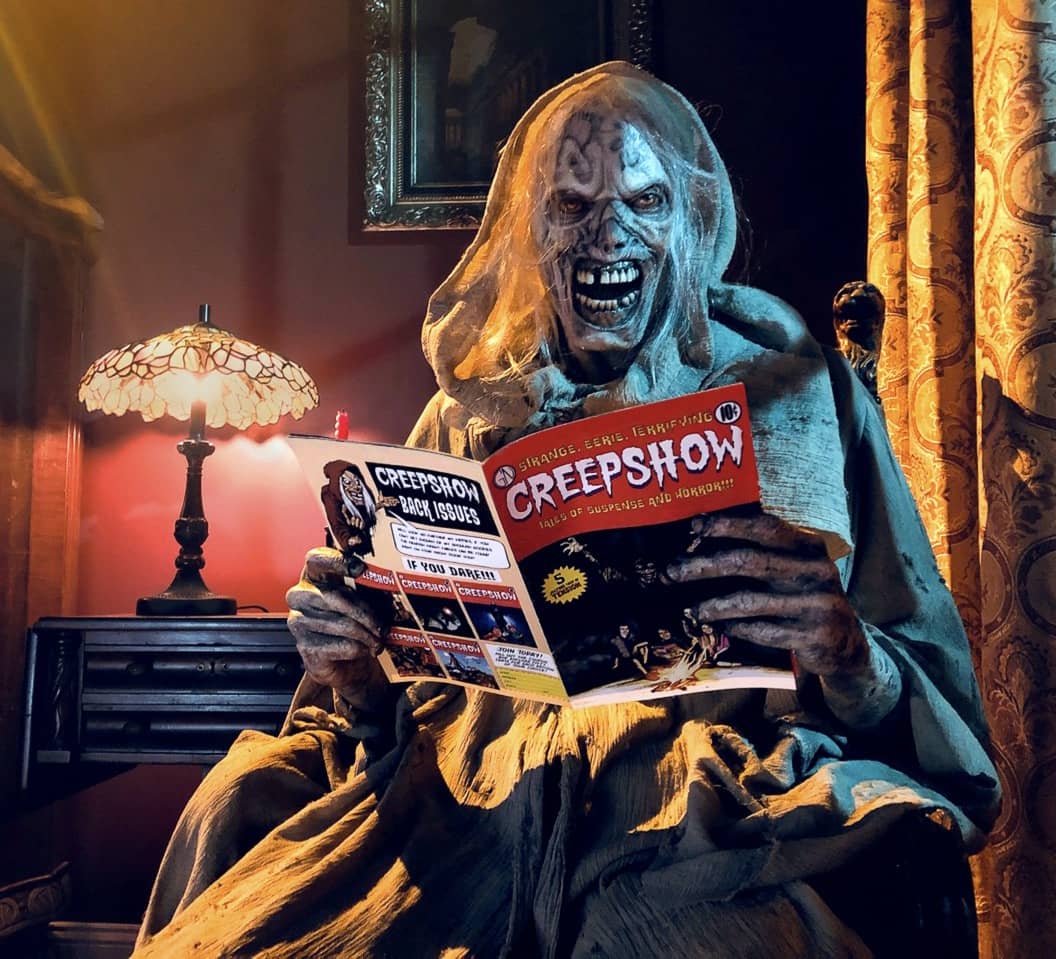 “Survivor Type,” based on the short story by Stephen King and adapted by Nicotero, stars Sutherland as a man determined to stay alive alone on a deserted island no matter what the cost. “Twittering from the Circus of the Dead,” based on the short story by Joe Hill and adapted by Melanie Dale, stars King as a teen whose family road trip includes a visit to the gravest show on earth.

“Halloween wouldn’t be complete without C3reepshow, so with the help of the father and son team of Stephen & Joe as well as a fantastic animated format, we get to continue the tradition and spirit of Halloween,” said Nicotero.

“Although season 2, now in production, has been delayed due to Covid, Greg and his team were still able to pull off this fantastic special so everyone will be able to enjoy a little bit of Creepshow during Halloween season,” said Craig Engler, Shudder’s General Manager.