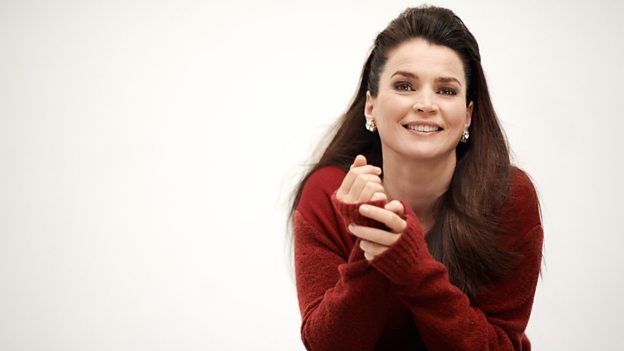 Julia Ormond is to star in a new BBC One drama Gold Digger which tells the story of a woman falling in love with a much younger man and the effect it has on her already damaged family.

Ormond best known for her film roles including Sabrina and Legends Of The Fall makes her British television debut in a lead role as Julia Day in this six-part drama. Written and created by Marnie Dickens (Thirteen) and made by Mainstreet Pictures. Tim Bradley (Unforgotten, Death in Paradise) will produce and Vanessa Caswill (Little Women, Thirteen) will direct the first three episodes.

Mother first, wife second, woman last. Julia has spent her whole life putting the needs of others before herself. Gold Digger tells the story of the wealthy 60 year old as she falls in love with Benjamin, a man 25 years her junior. As the series progresses the impact their unconventional relationship has on her family is explored and the secrets of their past are revealed. Has Julia finally found the happiness she’s always deserved? Or is Benjamin really the gold digger they think he is?

Marnie Dickens says: “I’m thrilled to have the hugely talented Julia Ormond bringing our heroine to life. I couldn’t be happier to be working with the BBC and Mainstreet on a drama that puts an older woman unequivocally at the heart of the action.”

Julia Ormond says: “This is a fabulously written piece exploring family dynamics and I feel extraordinarily grateful to have been cast in Gold Digger and to be working with Vanessa and Marnie.”

Piers Wenger, Controller of BBC Drama, says: “I’m delighted Julia Ormond will be starring in Gold Digger and at the centre of Marnie’s explosive new series for BBC One. I can’t wait to see her take on this complex and fascinating character.”