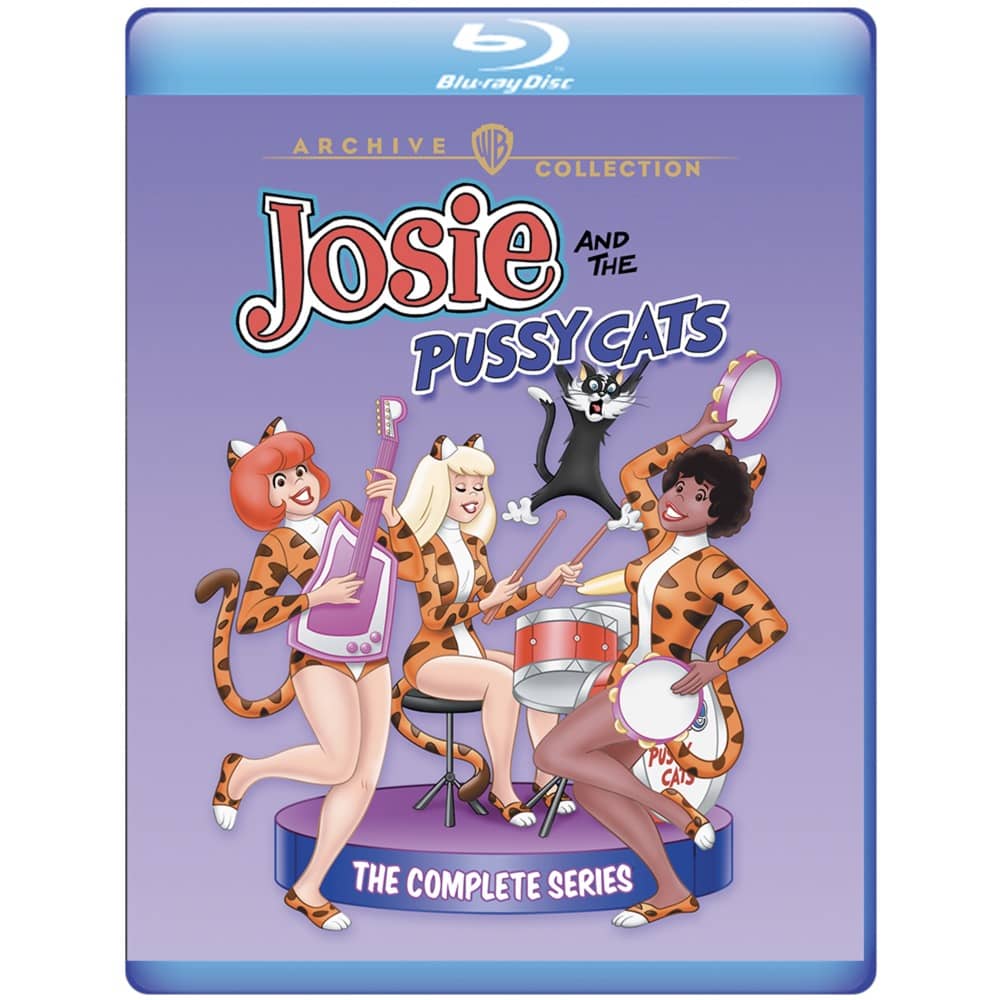 They’re back and better than ever in High-Definition on Blu-ray! All 16 episodes of the hit animated adaptation of the beloved comic-book series are here, as the all-girl rock banded by guitarist Josie and Pussycats Melody and Valerie sing their catchy tunes through exotic adventures and fabulous hair.

They are joined by Josie’s devoted boyfriend Alan, their manager Alexander, his trouble-making sister Alexandra, and not to be forgotten Alexandra’s mischievous feline Sebastian (voiced by Hanna-Barbera’s legendary Don Messick).