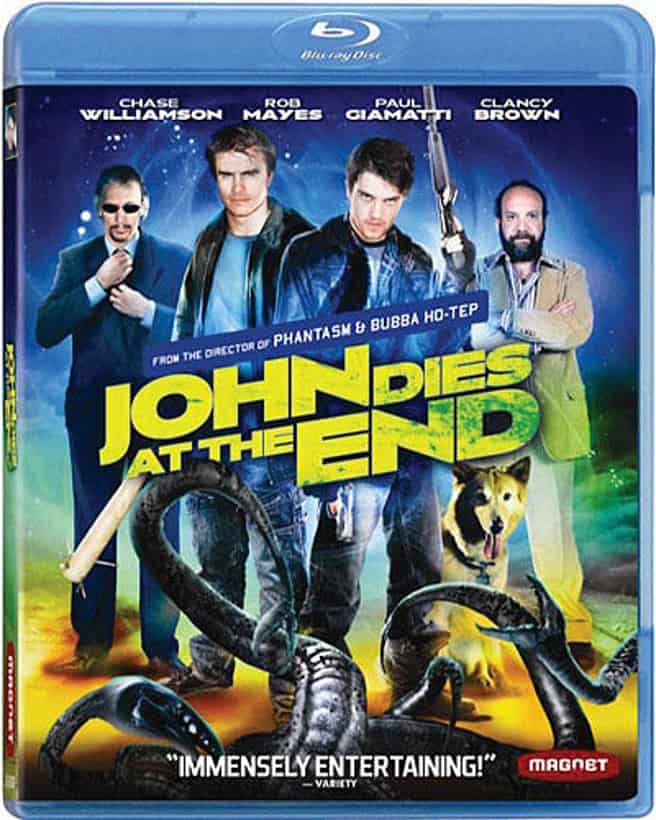 Seat42f and Magnet have teamed up to give THREE lucky winners a copy of JOHN DIES AT THE END on BLURAY. For a chance to win leave a comment below telling us why you want to add JOHN DIES AT THE END to your BLURAY collection. Only one entry per person. Contest ends April 11th. Winners will be notified on April 12th via email so make sure to use a valid email address when you post your comment.

Synopsis
In JOHN DIES AT THE END, it’s all about the Soy Sauce, a drug that promises an out-of-body experience with each hit. Users drift across time and dimensions. But some who come back are no longer human. Suddenly a silent otherworldly invasion is underway, and mankind needs a hero. What it gets instead is John (Rob Mayes) and David (Chase Williamson), a pair of college dropouts who can barely hold down jobs…