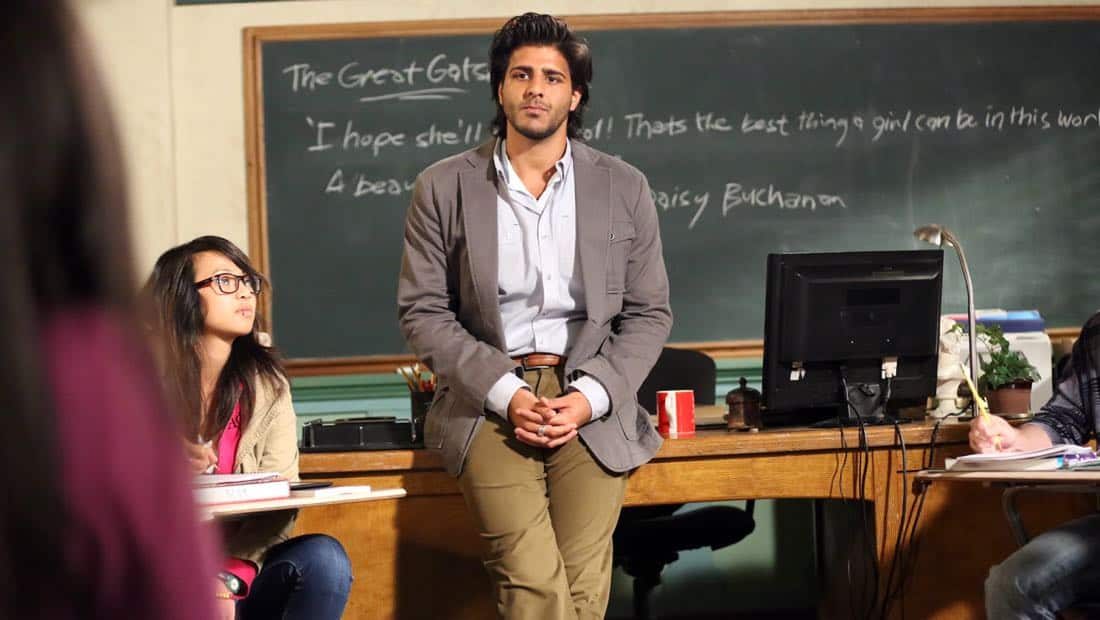 Marvel Television and Netflix announced that actor, Jay Ali (The Fosters, Darling Companion) has been cast in the third season of MARVEL’S DAREDEVIL where he will portray Rahul “Ray” Nadeem, an honest, but ambitious FBI agent willing to go to any length for his family. He joins returning cast including, Charlie Cox (Matt Murdock), Deborah Ann Woll (Karen Page), Elden Henson (Foggy Nelson), as well as Vincent D’Onofrio, reprising his popular role as Wilson Fisk. All episodes of the first two seasons of MARVEL’S DAREDEVIL are now streaming on Netflix.

“We are thrilled to welcome Jay into our stellar cast,” said Jeph Loeb, Executive Producer and Marvel’s Head of Television. “His storyline and riveting performance will captivate our fans in the third season of Marvel’s Daredevil.”

“I love Jay Ali,” added Executive Producer and Showrunner, Erik Oleson. “It Isn’t easy to join a cast as talented as Marvel’s Daredevil – and Jay blew us all out of the water with his audition. His moving performance in Season 3 will show the world that he’s a star in the making.”

Ali’s work spans stage, film and television. He recurs as “Timothy” in Freeform’s The Fosters and was in Sony Pictures’ film Darling Companion, directed by Lawrence Kasdan and featuring Diane Keaton, Elisabeth Moss, and Kevin Kline. He recently shot the lead in the indie film The Illegal. Additional credits include CW’s Significant Mother, CBS’s Me, Myself and I, and FOX’s Pitch.

About Marvel Entertainment and Marvel Television
Marvel Entertainment, LLC, a wholly-owned subsidiary of The Walt Disney Company (NYSE: DIS), is one of the world’s most prominent character-based entertainment companies, built on a proven library of more than 8,000 characters featured in a variety of media over seventy-five years. Marvel utilizes its character franchises in entertainment, licensing and publishing.
Marvel Television develops and produces some of the world’s most creative and popular live-action and animated programming for broadcast and cable television networks plus digital platforms including a historic deal with NETFLIX. Its portfolio of self-produced series includes “Marvel’s Agents of S.H.I.E.L.D.” and “Marvel’s Inhumans” for ABC, “Marvel’s Runaways” for Hulu”, Marvel’s Daredevil,” “Marvel’s Luke Cage,” Emmy® and Peabody® Award-winning “Marvel’s Jessica Jones,” “Marvel’s Iron Fist,” “Marvel’s The Defenders,” and “Marvel’s Punisher for NETFLIX and “Marvel’s Avengers” and “Marvel’s Guardians of the Galaxy” for Disney XD. Marvel is a co-producer on “Legion” (FX) and “The Gifted” (FOX). Marvel Television’s upcoming projects includes “Marvel’s Cloak & Dagger” (Freeform) and Marvel’s Untitled Deadpool animated series (FX). For more information, visit marvel.com. ©2018 MARVEL