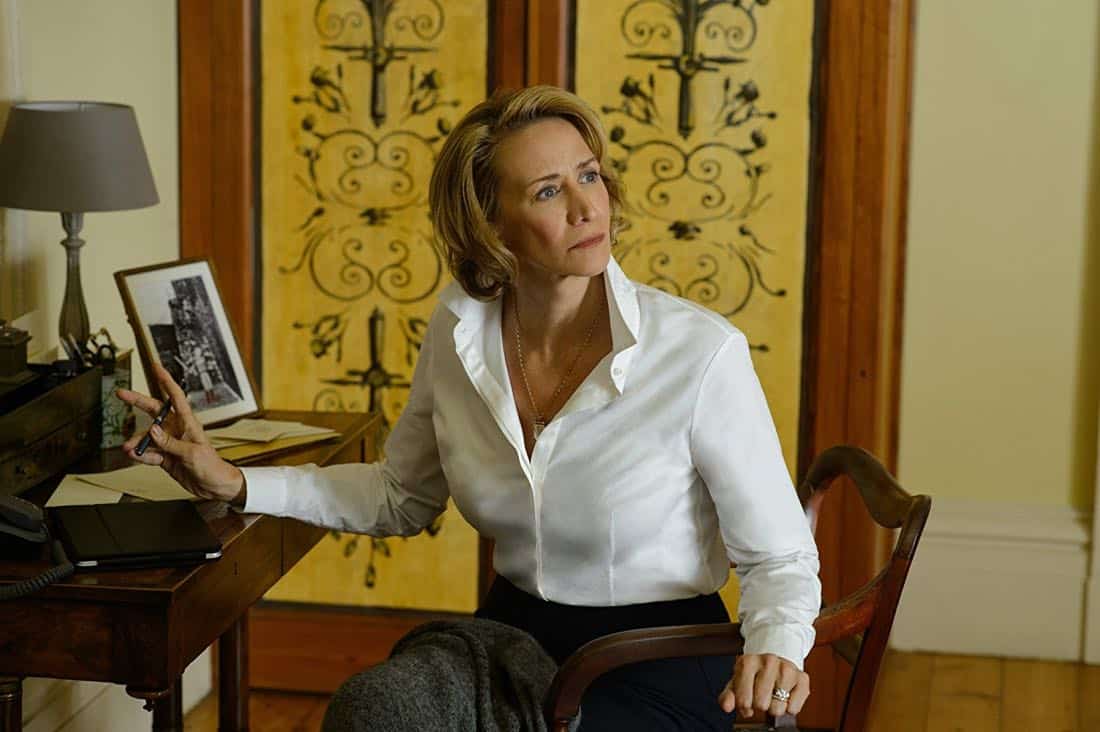 Academy Award(R) nominee Janet McTeer (Albert Nobbs, The Honourable Woman) joins the award-nominated, Netflix drama series Ozark for season 2. McTeer will play a Chicago based attorney with links to the cartel. In making a deal with the devil, she becomes a potential threat to the Byrdes.

Jason Bateman was recently nominated for a Golden Globe award for his work on Ozark, and both Bateman and Laura Linney received SAG award nominations for Outstanding Actor and Actress, respectively, for their work on the first season. Ozark also received a Writer’s Guild Award nomination for New Series.

The Netflix original series Ozark stars Jason Bateman as a Chicago financial advisor, who has been quietly laundering money for a drug kingpin (Esai Morales), and must quickly uproot his wife (played by Laura Linney) and children (played by Sofia Hublitz and Skylar Gaertner) and move the operation to The Ozarks, after his partner is caught cheating the business. There, he bumps heads with both a local drug dealer whose business he inadvertently interrupts, and a clan of ruffians, led by their 19-year-old niece (standout Julia Garner), who want his money, all the while avoiding the eye of a tenacious FBI agent (Jason Butler Harner). He must complete his laundering, to save the life of his family, as they struggle to find their own path in this seemingly foreign way of life. Jordana Spiro, Peter Mullan and Lisa Emery also star.

Ozark is executive produced by Jason Bateman, Chris Mundy, Bill Dubuque, Mark Williams and is co-produced by Patrick Markey. The series is a production of Media Rights Capital and Aggregate for Netflix.

McTeer starred as ‘Petruchio’ in director Phyllida Lloyd’s summer 2016 riotous all-female production of The Taming of the Shrew for New York’s Shakespeare in the Park at the Delacorte Theater. It’s her second time in the role, having first collaborated with Lloyd on a production at London’s Globe Theatre in 2003. It is also her third collaboration with Lloyd, having starred in the director’s Mary Stuart both in London and on Broadway. For the latter she received London’s Olivier nomination Broadway’s Drama Desk Award and a Tony(R) nomination, all as Best Actress.

One of the most respected stage actresses in the U.S and England, McTeer won the 1997 Olivier, Tony(R), Drama Desk, Outer Critics Circle and Theatre World Award for Best Actress in a Play for her stunning portrayal of Nora in Ibsen’s A Doll’s House. That performance also marked her Broadway debut. Her prolific theater credits include the Broadway and West End runs of God of Carnage, The Duchess of Malfi, The Grace of Mary Traverse for The Royal Court Theatre and Uncle Vanya for the National Theater (both of which earned her Olivier Award nominations), Much Ado About Nothing in the West End and A Midsummer Night’s Dream for the RSC.

In 2000, McTeer received her first Oscar nomination for Best Actress in a Leading Role, and won a Golden Globe Award, in director Gavin O’Connor’s Tumbleweeds. In 2012 she was nominated for both a Golden Globe and an Academy Award(R) for her starring role opposite Glenn Close in Albert Nobbs.

McTeer has two films currently in release: MGM’s hit romantic drama Me Before You and actress Amber Tamblyn’s directorial debut Paint it Black, which McTeer also Executive Produced and which premiered at this year’s Los Angeles Film Festival. She will soon be seen opposite Lily James and Christopher Plummer in director David Leveaux’s The Exception. Her additional film credits include Disney’s Maleficent, both Allegiant and Insurgent from the “Divergent” series, Angelica, Hannah Arendt, The Woman in Black, director Kenneth Branagh’s As You Like It and director Maggie Greenwald’s Songcatcher,

For television, she starred opposite Maggie Gyllenhaal and Stephen Rea in Hugo Blick’s 2014 Golden Globe-winning miniseries The Honourable Woman. McTeer received a Critic’s Choice nomination for that performance. The same year she received a Golden Globe nomination for Best Supporting Actress for her performance in the BBC One and Starz Television mini-series The White Queen. In 2010, McTeer was nominated for a Best Supporting Actress Golden Globe for her role as Clementine Churchill in Into the Storm, the HBO film on the life of Winston Churchill. Her additional television credits include the miniseries Five Days for the BBC and HBO, the miniseries Parades End with Benedict Cumberbatch, also for the BBC and HBO, and the acclaimed FX legal thriller, Damages.

Janet McTeer was born in Newcastle, England. She attended the Royal Academy of Dramatic Art (RADA) and upon graduating she began her acting career on stage by joining the Royal Exchange Theatre. She was awarded Officer of the Order of the British Empire in the 2008 Queen’s Birthday Honours List for her services to drama.