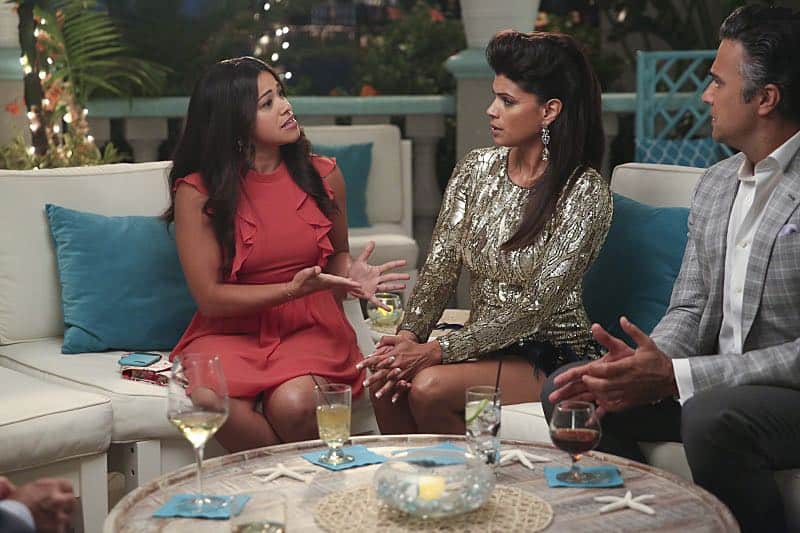 DREAMS — GLORIA AND EMILIO ESTEFAN GUEST STAR — Jane (Gina Rodriguez) continues to work on her thesis and she decides to add Alba’s (Ivonne Coll) estranged sister to the narrative, much to Alba’s dismay. In order for Rogelio (Jaime Camil) to have a chance at being an American crossover star he decides to bring the Passions of Santos to The CW in hopes they will pick it up. Xo (Andrea Navedo) thinks about abandoning her dream of being a singer for something more realistic. Meanwhile, Luisa (guest star Yara Martinez) is forced to make a choice between her family or Rose (guest star Bridget Regan). Ivonne Coll and Justin Baldoni also star. Eva Longoria Baston directed the episode written by Carolina Rivera & Micah Schraft (#303). Original airdate 10/31/2016.