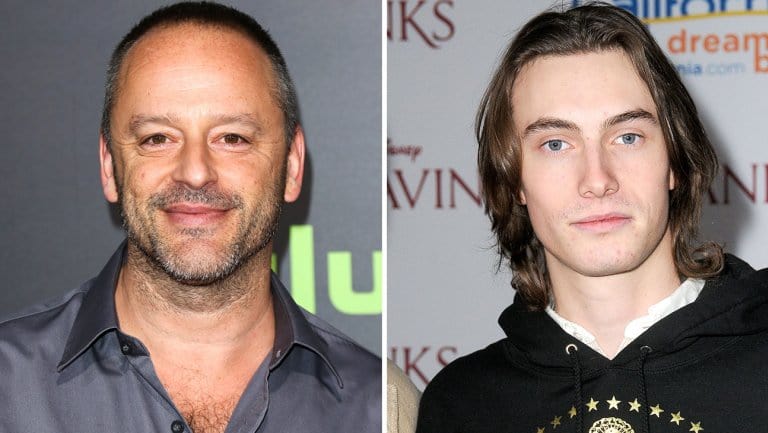 Paxton will co-lead as “Lukas Hallenbeck,” a young teenaged boy who seems to have it all – popularity, motocross stardom, and the hottest girl in school. But beneath the surface, he’s deeply conflicted about his sexuality. When he meets Philip (Young) – a classmate who’s more comfortable in his skin – Lukas starts a journey towards self-acceptance that is interrupted when the boys witness a quadruple murder. His sanity begins to slip as he’s hunted by the killer and haunted by the fear of being outed as gay and losing everything he has.

Born and raised in Ojai, CA, Paxton started his career at the age of nine in “Spy Kids 3.” After attending New York University, he studied British film and theater in London. Son of actor Bill Paxton, he most recently starred alongside Vince Vaughn in “Term Life” and appeared in “Texas Rising.”

Bellows has been cast as “Gabe,” a small-town veterinarian whose decency, integrity and compassion rescued Helen from her self-destructive cycle of living. But the pressures of fostering Philip amidst Helen’s shocking homicide case threaten to tear the marriage apart.

As a respected producer, Bellows executive produced the Emmy® and Peabody® Award winning, Golden Globe® nominated movie “Temple Grandin.” Additionally, he co-wrote, produced and directed the film “3 Days in Havana” and will soon produce and direct the Blacklist feature “Loose Women.” Bellows film career include credits in the Academy Award® nominated film “The Shawshank Redemption,” “Love and a .45,” “The Weatherman,” “Parkland” and “Kill the Messenger.”  TV credits include “Ally McBeal” and “11/22/63” opposite James Franco. Additionally, he co-created, executive produced and appears in “Patriot.”

Jones is set for the role of “Kamilah,” an unapologetic FBI agent who suddenly finds her loyalty to her job and troubled sister at odds. When Kamilah’s own case intersects with Sherriff Hellen Torrance’s, they forge a friendship that leads her to question everything she thought she wanted.

Murray will be featured as “Tony,” Helen’s bright-eyed and bushy-tailed deputy with big dreams, whose life is forever changed when a grisly crime happens in his small town.

Most recently, Murray starred as ‘Brian’ on “Kevin From Work.” He also starred in two seasons of the hit drama series “Rookie Blue” and will soon appear in the comedy pilot “What Goes Around Comes Around.” He received a degree in Theatre Performance from the esteemed Humber School of Creative Arts and was accepted to the prestigious Canadian Film Centre Actors Conservatory, a program that selects only 8 actors from across Canada per year.

From Universal Cable Productions (UCP), EYEWITNESS explores a grisly crime from the point of view of the eyewitness and is executive produced by Adi Hasak (Creator, “Shades of Blue”), Jarl Emsell Larsen and Scott Peters (“V,” “THE 4400”) also serve as executive producers.