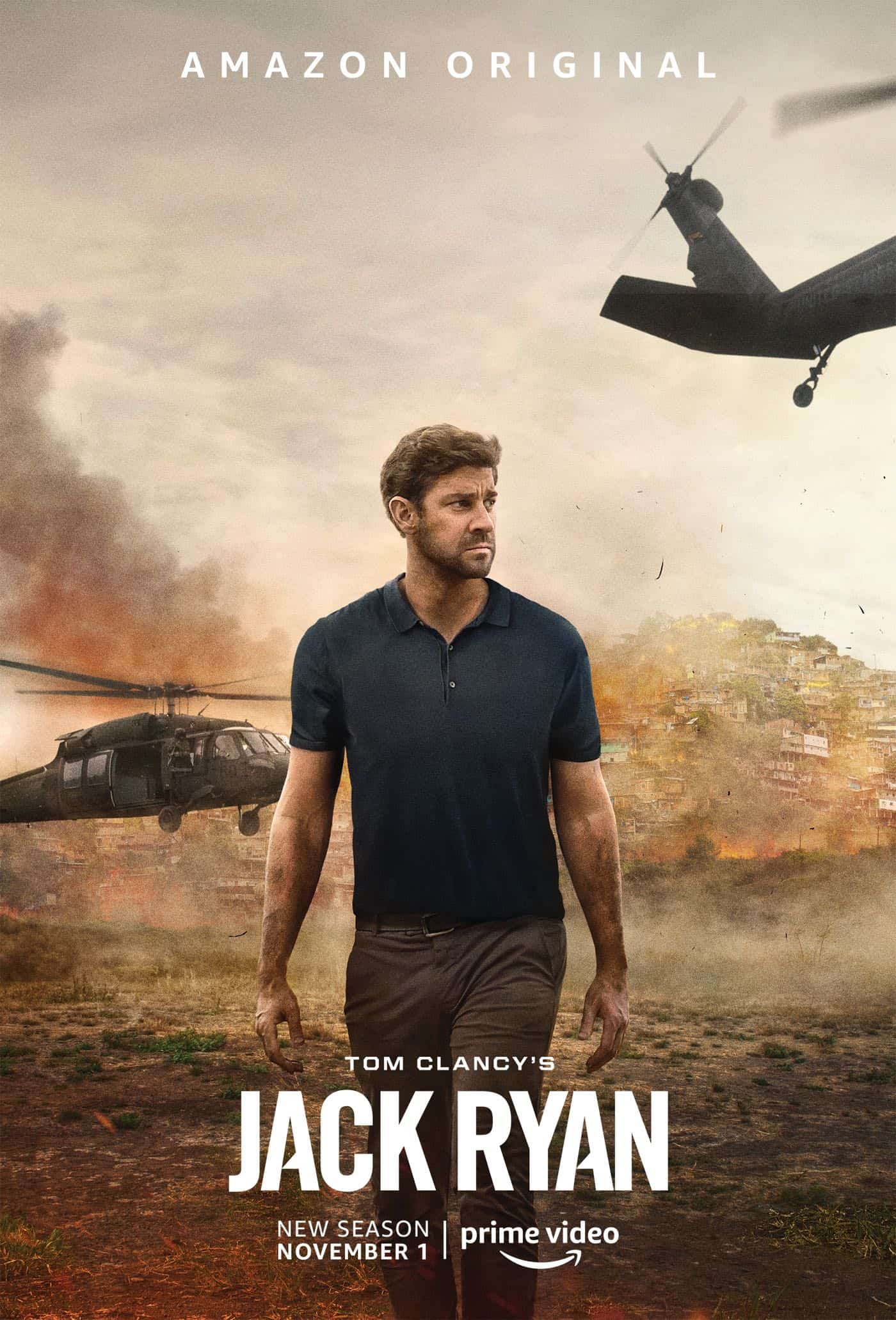 In the second season of Tom Clancy’s Jack Ryan, after tracking a potentially suspicious shipment of illegal arms in the Venezuelan jungle, CIA Officer Jack Ryan, portrayed by Krasinski, heads down to South America to investigate. As Jack’s investigation threatens to uncover a far-reaching conspiracy, the President of Venezuela launches a counter-attack that hits home for Jack, leading him and his fellow operatives on a global mission spanning the United States, UK, Russia, and Venezuela to unravel the President’s nefarious plot and bring stability to a country on the brink of chaos.

The official Season Two trailer will also be shown during tonight’s NFL Season Opener on NBC, marking the first time Prime Video will be running a full-length trailer on broadcast television. Additionally, travelers flying into LAX Airport this month will be greeted to “Jack is Back,” a 50,000 square foot rooftop billboard marking the largest rooftop advertising placement of all time. The rooftop billboard will be illuminated, allowing travelers to view the signage any hour of the day or night.

Watch more with Prime Video Channels: Prime members can add 150+ channels in the US like HBO, Cinemax, STARZ, SHOWTIME, CBS All Access, NBA League Pass and MLB.tv —no extra apps to download, and no cable required. Only pay for the ones you want, and cancel anytime. View the full list of channels available at amazon.com/channels.

Rent or Buy: Enjoy hundreds of thousands of titles, including new-release movies and entire seasons of current TV episodes, available for all Amazon customers to rent or buy.

Instant access: Watch where and when you want with the Prime Video app on your smart TV, mobile device, Fire TV, Fire tablet, Appsle TV, Chromecast, game consoles, Comcast X1 or from the web. For a complete list of compatible devices, visit amazon.com/howtostream.

Enhanced experiences: Make the most of every viewing with 4K Ultra HD- and High Dynamic Range (HDR)-compatible content. Go behind the scenes of your favorite movies and TV shows with exclusive X-Ray access, powered by IMDb. Save it for later with select mobile downloads for offline viewing.

In addition to access to movies and TV shows included with Prime, the Prime membership includes unlimited fast free shipping options across all categories available on Amazon, more than two million songs and thousands of playlists and stations with Prime Music, secure photo storage with Prime Photos, unlimited reading with Prime Reading, unlimited access to a digital audiobook catalogue with Audible Channels for Prime, a rotating selection of free digital games and in-game loot with Twitch Prime, early access to select Lightning Deals, exclusive access and discounts to select items, and more. To sign-up for Prime or to find out more visit: amazon.com/prime.