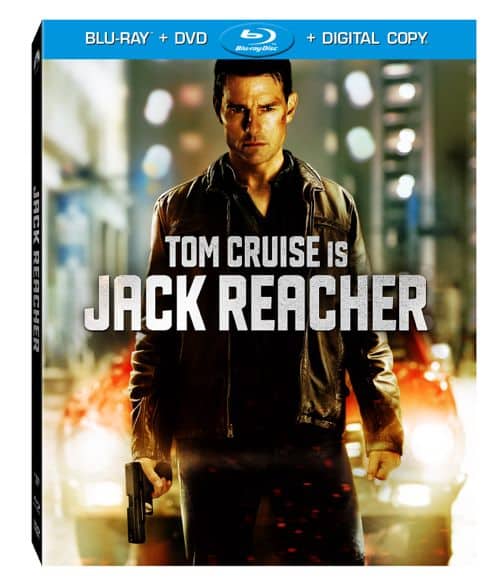 The JACK REACHER Blu-ray/DVD combo pack with UltraViolet™ is bursting with compelling bonus features including an in-depth look at Reacher’s journey to the screen, the filmmakers’ devotion to remaining true to the essence of the character and their drive to create an action-thriller that harkens back to the landmark films of the ‘70s.  The combo pack also includes a look at the training and stunt choreography behind the gritty and intense fight sequences, an exploration of the Reacher phenomenon around the world with Lee Child, as well as commentaries by Tom Cruise, director Christopher McQuarrie and composer Joe Kraemer.  The film will also be available as a single-disc DVD.