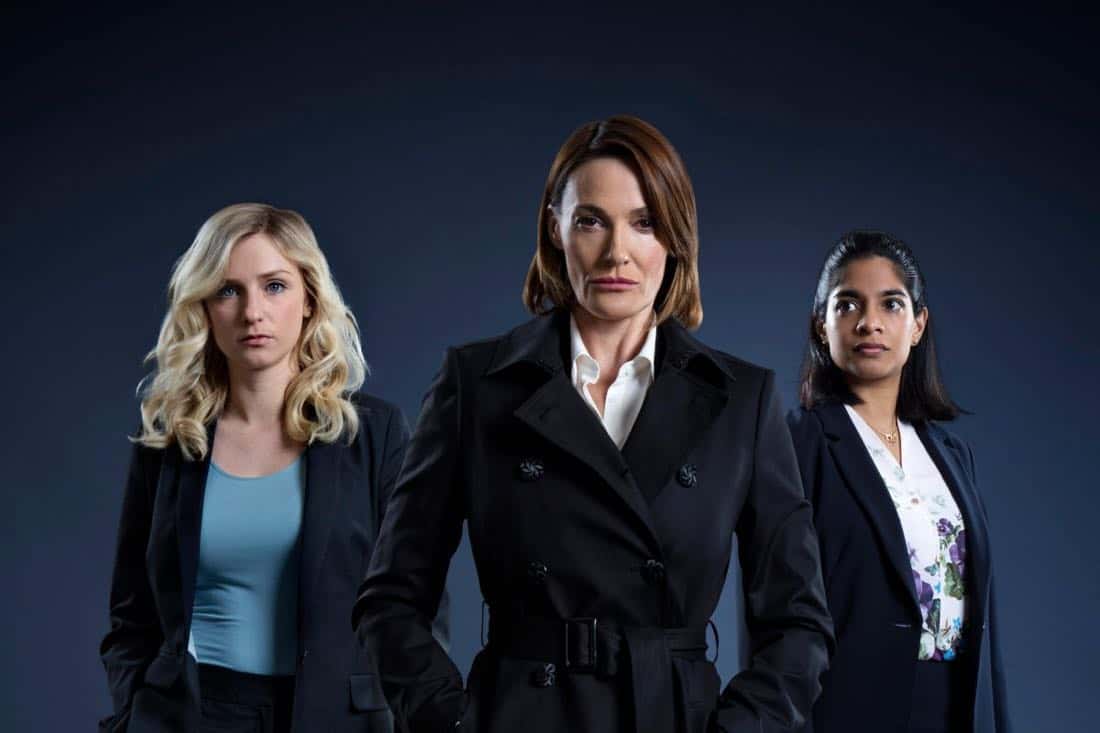 Ruthless DCI Elizabeth Bancroft will return to ITV with a new four-parter, created and written by Kate Brooke (Mr Selfridge, Ice Cream Girls, The Making of a Lady). Bancroft II will be executive produced by Kate alongside Catherine Oldfield, Creative Director and Executive Producer of Tall Story Pictures (Trauma, Tutankhamun, Home Fires).
With Sarah Parish in the lead role, the new series focuses on Bancroft’s continuing success following her promotion to Detective Chief Superintendent. She’s popular with her colleagues, and her crime figures are down. However, her success comes at a price, as she’s lonely and estranged from her beloved son Joe and under pressure as a result of her dangerous pact with crime boss Daanish Kamara.
When Joe is inadvertently dragged into the middle of a double murder case, Bancroft determines to do anything to protect her son and finds herself up against a chilling new antagonist.
The series was one of ITV’s best performing dramas of 2017 with a series average of 6.7 million and a 25.1% share of the available audience.
Catherine Oldfield, Executive Producer, Tall Story Pictures said:
“That the audience took to Elizabeth Bancroft in all her terrible, distorted glory in such numbers is fantastic.  Kate has loads of brilliant twists and turns in store for this new series and I can’t wait to see what Sarah and the cast do with them.’
Kate Brooke, Creator and Writer added:
“In Bancroft I wanted to explore a contentious anti-heroine, a woman we love and loathe in equal measure.  I’m thrilled to be continuing her story.   In this new series the repercussions of her past actions will come back to bite her in ways she could never have expected.
Filmed on location in and around Bolton and the North West of England, Bancroft will go into production later this year.
Bancroft II has been commissioned for ITV by Head of Drama, Polly Hill.
Commented Polly Hill:
“We’re delighted with the audience response to Bancroft and to be working again with Sarah Parish as the manipulative policewoman.  Kate Brooke is working on the next phase of Bancroft’s journey, which promises to be as intriguing as series one.”
Further details of casting and key production appointments will be announced closer to filming commencing.
ITVS GE will be responsible for the international distribution of the series.
TwitterFacebookPinterestEmail