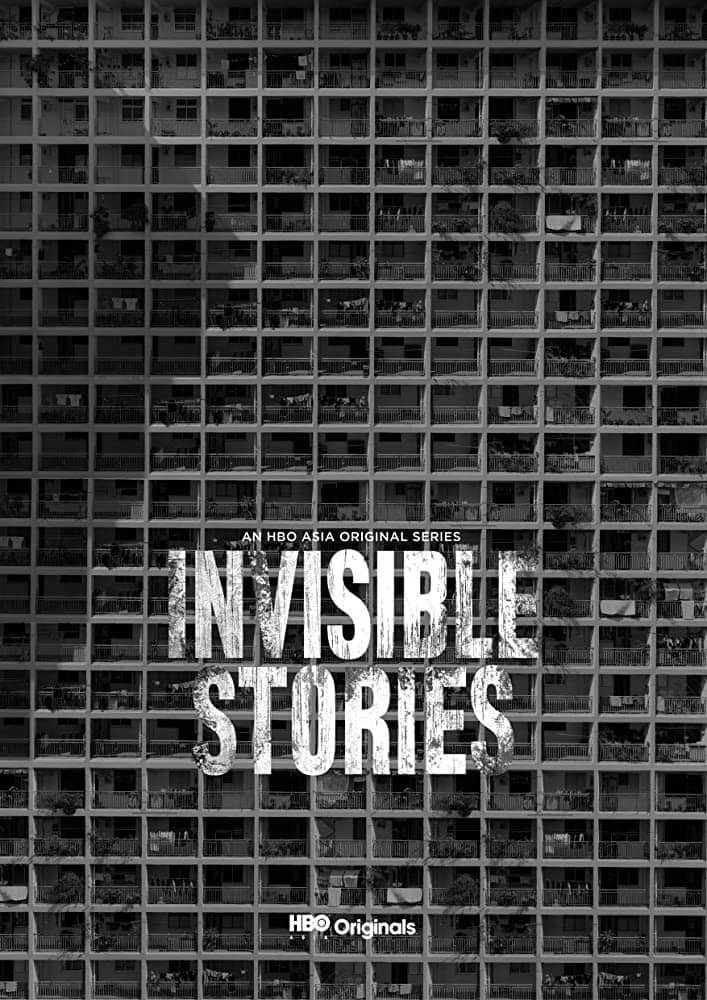 INVISIBLE STORIES Trailer And Poster – HBO Asia presents INVISIBLE STORIES, a compelling six-episode half-hour anthology drama that explores the triumph and tragedy of migrant workers living in Sungai Merah, one of Singapore’s public housing communities. Each thirty-minute episode dives into the struggles of an array of characters, ranging from a construction worker longing to create his own home, to an aspiring social media influencer willing to capture anything in exchange for fame, to a spiritualistic cab driver dealing with his own demons, and more. Equal parts gritty and tender, Invisible Stories dives into the less glamorous side of Singapore, providing a much-needed voice to the unsung pillars of the city. All six episodes will be available on MONDAY, AUGUST 3 in the U.S. and will be available to stream on HBO and HBO Max.

Golden Horse Award winner Yeo Yann Yann (‘Wet Season’ and ‘ILO ILO’) and Taiwanese newcomer Devin Pan appear in the first episode. Veteran Singapore actor Wang Yu Qing (‘Hello From The Other Side’ and ‘Reach For The Skies’) plays the taxi driver in the second episode.

Other cast members include Thai actress and model Suchada Muller (‘Insect In The Backyard’ and ‘The Last Executioner’), Malaysian actor and director Gavin Yap (‘The Bridge’ and ‘Lion Mums 3’), Bangladeshi actor Sudip Biswas (‘Sutopar Thikana’ and ‘Café 999’), Indonesian actress Sekar Sari (‘SITI’). Cast from Singapore include Regina Lim (‘Not So Long Time Ago’, ‘Home Is Where The Heart Is’), Aden Tan (‘Lion Mums’ and ‘Ah Boys To Men 3’) and Sunny Pang (‘Code Of Law’ and ‘Fly By Night’) as well as Singapore based actress Rosalind Pho (HBO Asia Original ‘Sent’, ‘Tanglin’).

Episode 1: “Lian”
When her mother dies, Lian (Yeo Yann Yann) is forced to take over as primary caregiver for her nonverbal autistic son, Brian (Devin Pan). Disoriented by his grandmother’s death, Brian’s confusion manifests as increased aggression, and things take a turn for the worse when he escapes from their apartment.
Written and Directed by Ler Jiyuan.

Episode 2: “Chuan”
Mere weeks after losing his wife, Chuan (Jeffrey Wang Yuqing) pushes himself to the edge – working all day as a cab driver, channeling spirits all night with physically taxing rituals, and drinking copiously through every hour in between. After an unexpected haunting nearly kills him, Chuan must confront his own demons or risk being trapped amongst those he’s exorcised.
Written by Dave Chua & Ler Jiyuan; Directed by Ler Jiyuan.

Episode 3: “June”
June (Suchada Muller) moved from Thailand to Singapore to create a better life for her family – but found herself at the forefront of an illegal enterprise instead. After a dangerous incident stands to ruin everything she’s worked for, June wonders if the sacrifice has been worth it.
Written by Teh Su Ching & Ler Jiyuan and Directed by Glenn Chan.

Episode 4: “Keagan”
On the outside, Keagan (Gavin Yap) has the perfect life – a high-paying banking job, a beautiful wife, and an adorable daughter. But just as he’s about to move his family out of Sungai Merah, a shameful secret resurfaces.
Written by Shawn Lee Miller & Ler Jiyuan; Directed by Ler Jiyuan.

Episode 5: “Sayeed”
A workplace incident brings together a Bangladeshi construction worker and an Indonesian nanny desperate for connection – but their fast friendship has unexpected consequences.
Written by Shawn Lee Miller & Ler Jiyuan; Directed by Ler Jiyuan.