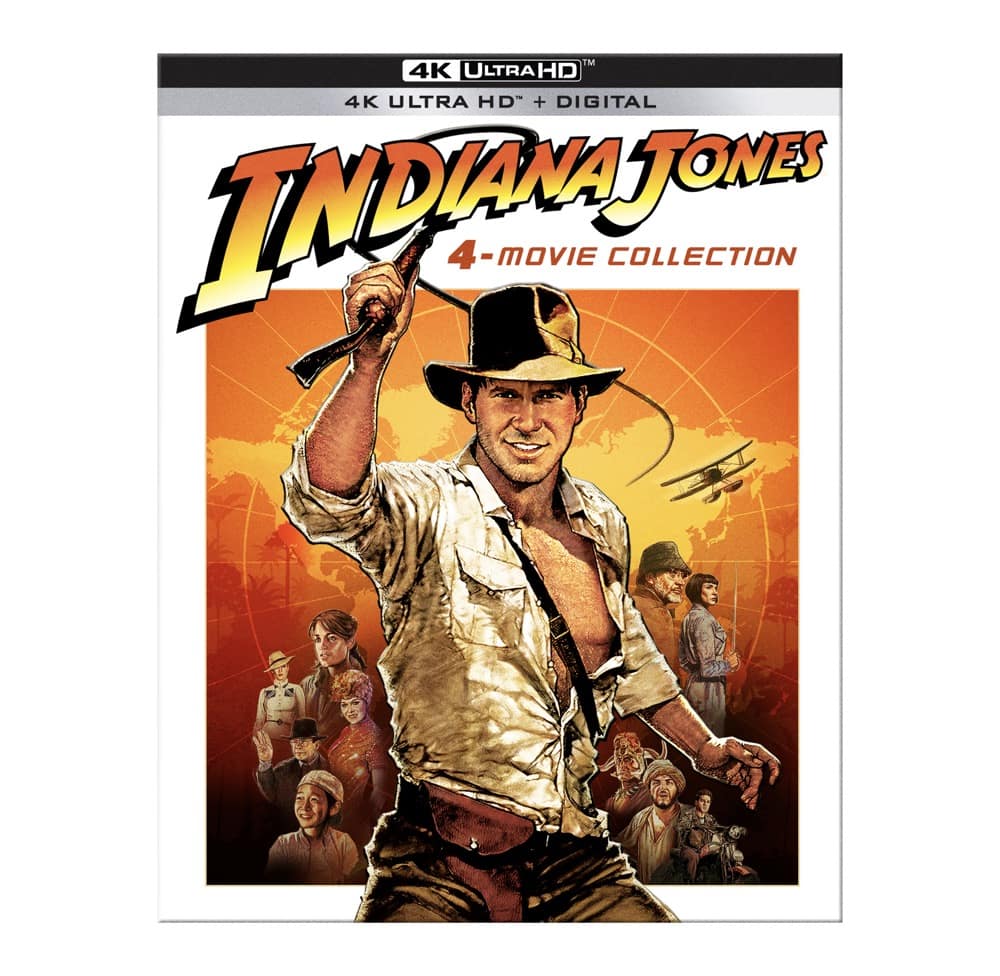 The cinematic classic that started it all—Raiders of the Lost Ark—celebrates its 40th anniversary this year, having first introduced audiences to the man with the hat on June 12, 1981.  Forty years later, the legendary hero continues to captivate new generations of fans.

Now, for the first time ever, all four films are available together in 4K Ultra HD with Dolby Vision® and HDR-10 for ultra-vivid picture quality and state-of-the-art Dolby Atmos® audio*.  Each film has been meticulously remastered from 4K scans of the original negatives with extensive visual effects work done to ensure the most pristine and highest quality image.  All picture work was approved by director Steven Spielberg.

In addition, all four films were remixed at Skywalker Sound under the supervision of legendary sound designer Ben Burtt to create the Dolby Atmos® soundtracks.  All original sound elements were used to achieve the fully immersive Dolby Atmos® mixes while staying true to each film’s original creative intent.

The INDIANA JONES 4-MOVIE COLLECTION includes a collectible booklet with behind-the-scenes images from all four films.  Each film is presented on 4K Ultra HD Blu-ray Disc with original theatrical trailers and access to digital copies.  The set also includes a Blu-ray™ with seven hours of previously released bonus content as detailed below:

§  From Jungle to Desert

§  From Adventure to Legend

§  The Making of Raiders of the Lost Ark

§  The Making of Indiana Jones and the Temple of Doom

§  The Making of Indiana Jones and the Last Crusade

§  The Stunts of Indiana Jones

§  The Sound of Indiana Jones

§  The Music of Indiana Jones

§  The Light and Magic of Indiana Jones

§  Indiana Jones and the Creepy Crawlies (with optional pop-ups)

§  The Effects of Indy (Kingdom of the Crystal Skull) (HD)

§  Adventures in Post Production (Kingdom of the Crystal Skull) (HD)

INDIANA JONES AND THE RAIDERS OF THE LOST ARK U.S. Rating:  PG

INDIANA JONES AND THE TEMPLE OF DOOM U.S. Rating:  PG

INDIANA JONES AND THE KINGDOM OF THE CRYSTAL SKULL U.S. Rating:  PG-13 for adventure violence and scary images