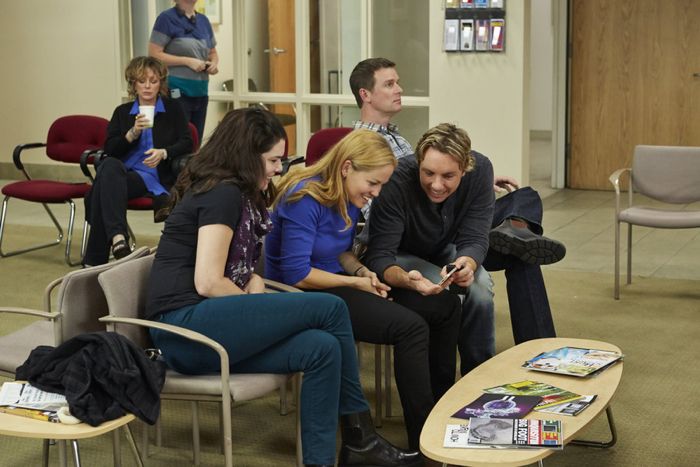 When Parenthood signed off for good on January 29th, there was not a dry eye to be found amongst fans of the Braverman clan. While the family is gone, they are most certainly not forgotten. Family drama lovers may be finding themselves at a loss about what to watch next, but I am here to help. The Bravermans can never be replaced, but there is a handful of shows currently on air (or online…) that will give viewers a similar mix of joy, tears and awkward family dinners.

With its telenovela sensibilities, Jane is soapier than Parenthood, but the quirky narration and weekly plot twists are just part of what makes Jane so entertaining. The real hook is the family dynamic between Jane, her mother Xo and grandmother Alba. Watching three generations of women navigate Jane’s unexpected pregnancy, the return of a long lost father as well as their own personal triumphs and tragedies will be catnip for lovers of family-centric storytelling.

This one is for the Parenthood fans that could not get enough of Haddie, Max, Amber and Drew during their high school days. The Fosters brood of teens is never short on angst. The trials of dating, gender issues, adoption and the world of the foster care system are all explored. The Fosters is big on issues, but it is in no way an afterschool special. Grounded by moms Lena and Stef, who are as central to the plot as their five children, The Fosters is a warm, heartstring tugging masterpiece that will have you reaching for the tissues on a weekly basis.

Shameless is unapologetically profane and rowdy. The Gallagher clan lives on the Southside of Chicago where poverty, drugs and alcohol are ever present in their lives. Shameless often goes for the shock factor, but the story of oldest sibling Fiona struggling to raise her five younger brothers and sisters makes the series consistently the best family-centric dramas on TV (even if it is not suitable for the whole family to watch together).

Families come in all shapes and sizes, and on Playing House that means a family consists of two best friends, Maggie and Emma, preparing to raise a baby together with a little help from the community around them. This hidden gem of a comedy is created, written by and stars real life best friends Lennon Parham and Jessica St. Clair, and their chemistry shines onscreen. They may not be a conventional family unit, but the comedic duo proves that the family you choose is just as important as the one you are born into.

5. Bess of Both Worlds, Hulu

Bess of Both Worlds is an Australian import that portrays the aftermath of a grown woman’s discovery that she was adopted. Bess quickly goes from the only child of her upper-class mother to a member of an extended family of drag racers. Along for the ride are her two children, husband and mother, all of whom have to adjust to Bess’ biological family, just as her biological family learns to adjust to Bess. This quirky series is all about expanding worldviews and the struggle of joining a tight-knit clan.

No, Call the Midwife is not centered on a biological family, but it has all of the heart of Parenthood and then some. The British series is set at Nonnatus House where a group of nuns and midwives work together to bring new life into the world. The families that pass through the show from week to week come in all shapes and sizes, while the women at the center of the story work as a team to support each other through births, marriages, deaths and every other curve ball life throws at them.

Any of ABC’s family comedies is a good choice for a quick hit of family goodness, but Fresh Off the Boat is the newest member of the lineup and the one most likely to capture the imaginations of those missing the Bravermans. Was your favorite storyline the one where Crosby and Adam opened The Luncheonette? Then wait until you see how the Huangs deal with moving from Washington D.C. to Orlando so they can open their own steakhouse. There is culture shock aplenty, but the Huangs always have each other’s backs, just like another family we all knew and loved.

Bloodline is the new kid on the block. Netflix’s latest binge-worthy series focuses on four adult siblings with a dark secret. The family dynamics are all there including a black sheep brother, a family business and siblings navigating adulthood together. The mystery element is integral to the plot, which makes this one a good pick for those who like a bit of genre mixed in to spice up the dysfunctional family goodness.

Switched at Birth’s early years are particularly addictive as teens Bay and Daphne learn they were raised by the wrong families. Filled with what ifs and adjustments as two family units become one, this is a series that has something for everyone. The extended Kennish/Vasquez clan experiences their fair share of growing pains as they come together, but that only makes their closeness in the current seasons feel earned. Switched at Birth is also notable for its focus on deaf culture. Just as Parenthood brought a realistic portrayal of Asperger’s Syndrome to the screen, Switched at Birth is known for its commitment to portraying the realities of being a part of the deaf community.

If you missed out on Showtime’s sleepy, slow burn summer drama The Affair, then now is the perfect time to catch-up. Don’t concern yourself too much with the mystery arc because it is not half as interesting as watching the ripple effect the affair has on the two families caught in its path. The Affair is a stealth family drama—you would never know it from its promos, but the series’ bite comes from the tangled web of drama triggered by leads Noah and Alison’s choice to break their marriage vows.

What shows have you been watching to fill the Parenthood void?