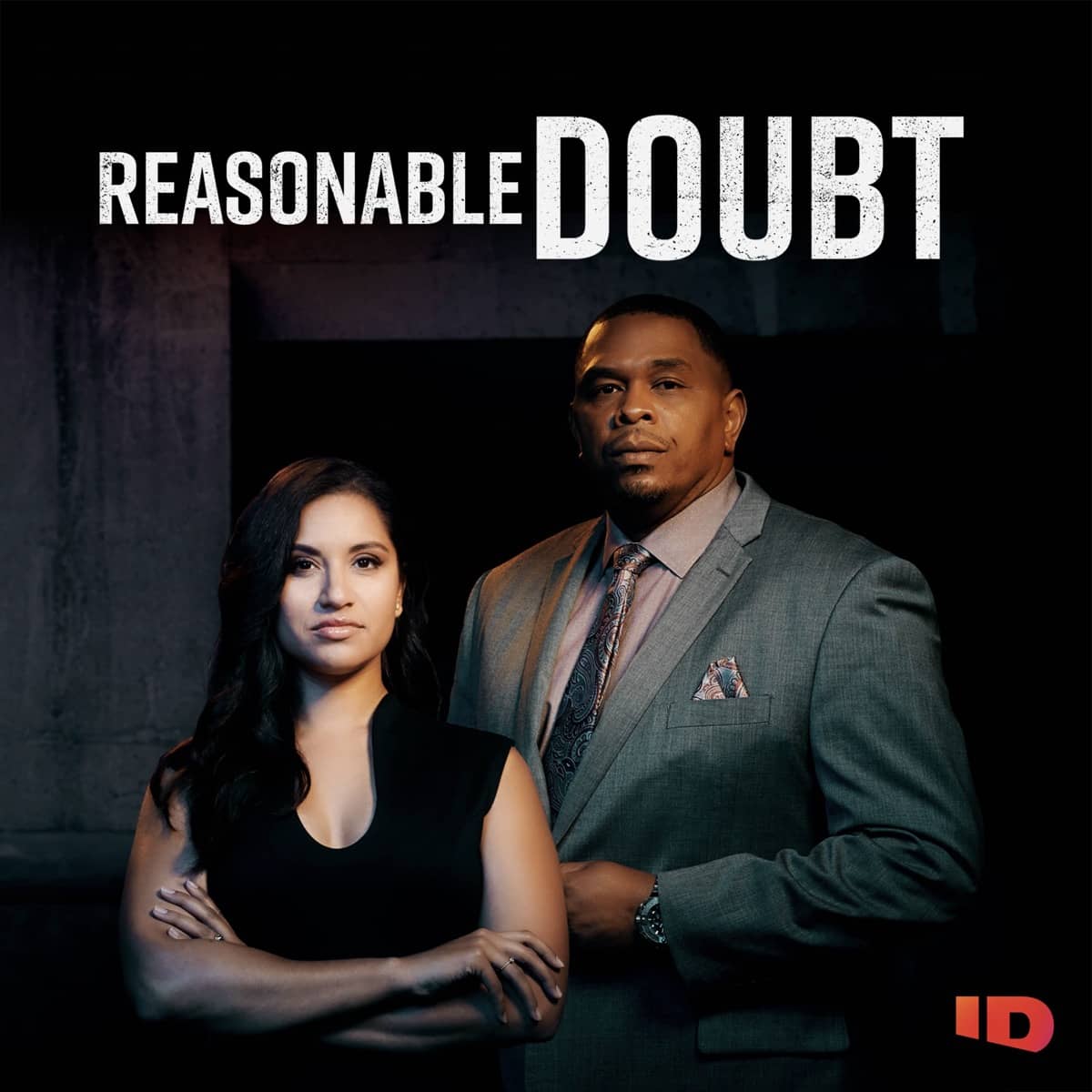 Investigation Discovery, the #1 true crime network, proudly announces that the hit series REASONABLE DOUBT, which explores controversial murder convictions through an objective lens, has been greenlit for a fourth season. With their parallel expertise of the law, hosts retired homicide detective Chris Anderson and criminal defense attorney Fatima Silva know that the justice system doesn’t always get it right. As cries of innocence reverberate through prison cells across the country, this series sets out to help families who are desperate for someone to listen to their evidence and theories, convinced that their loved ones were wrongfully convicted of murder. Each episode is an intense and thorough re-examination of a murder case, where the two pore over evidence, interview witnesses, and consult experts previously overlooked by police or barred by the courts to hopefully reveal the truth. Each episode culminates with the gut-wrenching reveal to the family that either brings hope for an appeal, or clarity to accept the guilty verdict. Season 4 of REASONABLE DOUBT is set to premiere in early 2021 on ID.

“The work that Chris and Fatima do on REASONABLE DOUBT is beyond admirable, and perhaps even, a necessary additive as we evaluate the checks and balances needed on our own justice system,” said Henry Schleiff, Group President, Investigation Discovery, Travel Channel, American Heroes Channel and Destination America. “The incredibly compelling aspect of their work is that they are solely driven by a desire for truth to reveal if the right person is indeed behind bars, serving as advocates for those who refuse to let their convicted loved ones be forgotten by society.”

REASONABLE DOUBT is actively looking for potential wrongful conviction cases to investigate for next season. Viewers and fans are advised to submit ideas on questionable courtroom convictions at the following link: ID Show Submission Form.

Detective Sergeant Chris Anderson is a retired homicide detective for the City of Birmingham Police Dept., where during his 21-year tenure, he spent 17 years as an investigator. He has investigated more than 300 Homicide cases in one of America’s most dangerous metropolitan cities. Chris also spent several years as a fugitive unit supervisor, where he and his team were responsible for hunting down and apprehending only the most violent fugitives. He is currently working with the District Attorney’s Office as a cold case investigator, and also heads up Birmingham’s Conviction Integrity Unit. Chris grew up in Birmingham and credits his mother, also a retired Birmingham Police Sergeant, for his deep passion for police work and the compassion to pursue justice.

Fatima Silva is a criminal defense attorney practicing in the Bay Area of California. Her practice areas include criminal defense and personal injury. Ms. Silva earned her B.S. in Political Science from St. Mary’s College of California and her Juris Doctor from Pace University School of Law in New York, where she represented indigent clients. Ms. Silva is a Bay Area native and lives in San Francisco with her husband and son. In her spare time, she teaches trial skills to competitors of the San Francisco Bar Association Mock Trial Competition.

Investigation Discovery (ID) is the leading crime and justice network on television and the #1 network for women in all of cable. Delivering the highest-quality programming to approximately 80 million U.S. households, ID  is also available via the network’s TV Everywhere offering, IDGo. For exclusive web content and bonus material, fans can follow ID on Twitter, Instagram and Facebook or check out the network’s true crime blog, CrimeFeed.

Investigation Discovery is part of Discovery, Inc. (Nasdaq: DISCA, DISCB, DISCK), a global leader in real life entertainment, serving a passionate audience of superfans around the world with content that inspires, informs and entertains. Discovery delivers over 8,000 hours of original programming each year and has category leadership across deeply loved content genres around the world. Available in 220 countries and territories and nearly 50 languages, Discovery is a platform innovator, reaching viewers on all screens, including TV Everywhere products such as the GO portfolio of apps; direct-to-consumer streaming services such as Eurosport Player, Food Network Kitchen and MotorTrend OnDemand; digital-first and social content from Group Nine Media; a landmark natural history and factual content partnership with the BBC; and a strategic alliance with PGA TOUR to create the international home of golf. Discovery’s portfolio of premium brands includes Discovery Channel, HGTV, Food Network, TLC, Investigation Discovery, Travel Channel, MotorTrend, Animal Planet, Science Channel, and the forthcoming multi-platform JV with Chip and Joanna Gaines, Magnolia, as well as OWN: Oprah Winfrey Network in the U.S., Discovery Kids in Latin America, and Eurosport, the leading provider of locally relevant, premium sports and Home of the Olympic Games across Europe. For more information, please visit corporate.discovery.com and follow @DiscoveryIncTV across social platforms.