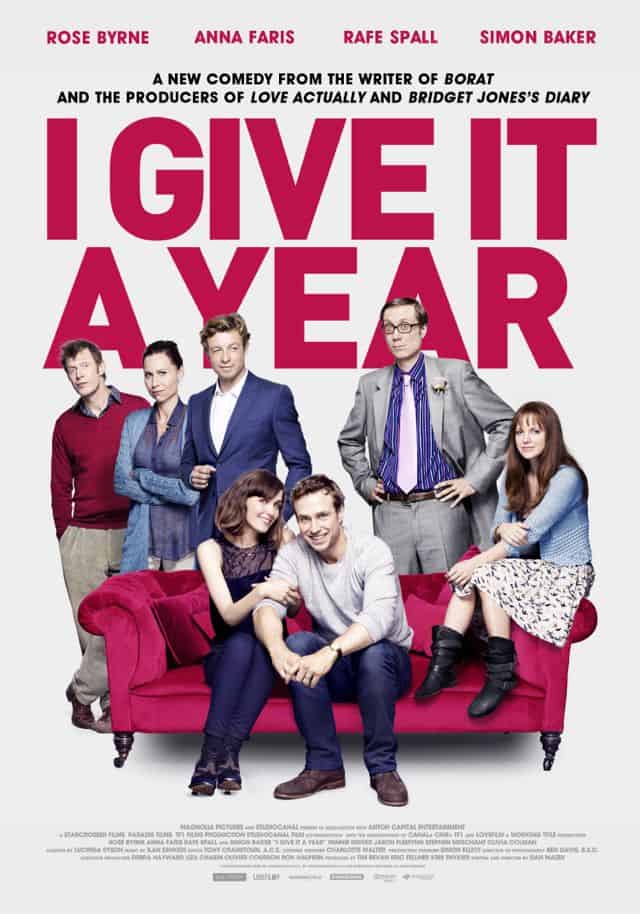 I GIVE IT A YEAR Movie Poster : Since they met at a party, ambitious high-flyer Nat (Rose Byrne) and struggling novelist Josh  (Rafe Spall) have been deliriously happy despite their differences. Josh is a thinker, Nat’s a doer, but the spark between them is undeniable.

Their wedding is a dream come true, but no one — family, friends and even the minister who marries them — is convinced that they will last. Josh’s ex-girlfriend, Chloe (Anna Faris), and Nat’s handsome American client Guy (Simon Baker) could offer attractive alternatives.

I Give It A Year is written and directed by Dan Mazer (Borat: Cultural Learnings of America for Make Benefit Glorious Nation of Kazakhstan, Bruno), and is produced by Tim Bevan, Eric Fellner  (Love Actually, Atonement), along with Kris Thykier (Stardust).

With their first anniversary approaching, neither wants to be the first to give up, but will they make it?