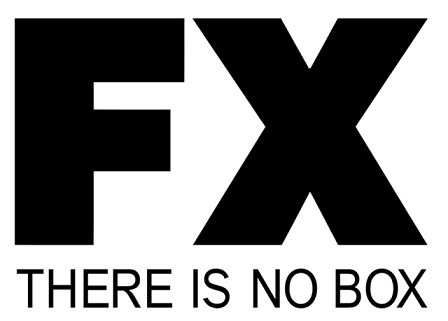 FX has closed a 10/90 deal with Lionsgate Television and Lionsgate’s Debmar-Mercury for the new untitled sitcom starring comedy legends Martin Lawrence and Kelsey Grammer, it was announced today by Chuck Saftler, President of Program Strategy and COO, FX Networks.

The new sitcom marks the much-anticipated return to television of both Lawrence and Grammer, who play two Chicago lawyers from vastly different backgrounds who unexpectedly meet in court on the worst day of their lives.  Brought together by fate and greed, they develop a partnership and friendship, forcing each other to find the balance between the ethical and the unscrupulous in both their professional and personal lives.

“With the merging of two comedic geniuses, as well as two legendary showrunners, we couldn’t have a stronger team on board for this show and can’t wait to get to work,” said Saftler.  “We’re also thrilled to be continuing our relationship with the pros at Lionsgate and Debmar-Mercury.”

“I am excited to be returning to TV and to be working with Kelsey,” said Lawrence. “We have a great time together so I am looking forward to making a good show with a lot of laughs.”

Grammer said, “Martin is arguably one of the funniest men alive and after some success in drama I thought it might be time to try my hand at comedy.  I am thrilled to have this extraordinary team show me the ropes.  All kidding aside, I don’t think a better bunch of talent exists; I am honored and blessed.”

The series will be produced by Lionsgate Television in association with Grammnet NH Productions and You Go Boy Productions.

“Pair two great actors and comedy legends with the executive producing team behind some of the most memorable sitcoms ever, mix in the outstanding team at FX and you have all of the ingredients for another TV classic,” commented Debmar-Mercury Co-Presidents Mort Marcus and Ira Bernstein. “Our 10/90 model is all about delivering brand names and concepts that will grab viewers instantly, having incredible creative auspices and a very supportive network. This sitcom surpasses our criteria on virtually every level.”

FX has ordered 10 episodes of the sitcom and, as is standard with the 10/90 model, if the series meets designated ratings thresholds over its first 10-episode run, the network will trigger an additional 90-episode order.

Lionsgate Television Group President Kevin Beggs added, “There was an immediate rapport between Kelsey and Martin from their very first meeting, and when Bob and Robert joined as showrunners, all the stars aligned in a very exciting way.  We’re delighted that FX recognized the tremendous potential for this series and look forward to another great collaboration.”

The 10/90 model is a unique syndication model crafted by Debmar-Mercury for multiple sitcoms, including FX’s Anger Management and the upcoming George Lopez series Saint George, Tyler Perry’s House of Payne and Meet The Browns, and Revolution’s and Ice Cube’s Are We There Yet? The Martin-Grammer sitcom will air exclusively on FX until the off-network episodes start airing in broadcast syndication in fall 2017.

Five-time Emmy® Award winner Kelsey Grammer’s celebrated career as a stage, film and television actor includes five Emmys, two Golden Globes®, a SAG Award and dozens of nominations for his two-decade portrayal of psychiatrist “Dr. Frasier Crane” in the hit comedies Cheers and Frasier.  He earned his third Golden Globe for Best Actor for his starring role in Lionsgate’s acclaimed drama series Boss, for which he also served as executive producer.  He is currently filming Transformers 4, starring Mark Wahlberg and directed by Michael Bay.  Other film credits include X-Men: The Last Stand and Swing Vote.  Under his Grammnet banner, he has enjoyed great success as a television producer, executive producer and director, with credits including such hit television series as the Emmy-winning Medium, The Game and Girlfriends.

Actor-comedian-producer Martin Lawrence, most famous for his starring roles in Bad Boys and Bad Boys II and the hugely successful Big Momma’s House trilogy, has had starring roles in numerous other films including Blue Streak, National Security, Do the Right Thing, Talkin’ Dirty After Dark, House Party  and House Party 2, Boomerang, A Thin Line Between Love and Hate (which he also co-wrote and directed), Nothing to Lose, Life, What’s the Worst That Could Happen?, and Black Knight. He also co-created, executive produced and starred in the hit sitcom Martin, which ran from 1992 to 1997, earned three NAACP Image Awards and was an enormous success for the FOX network.